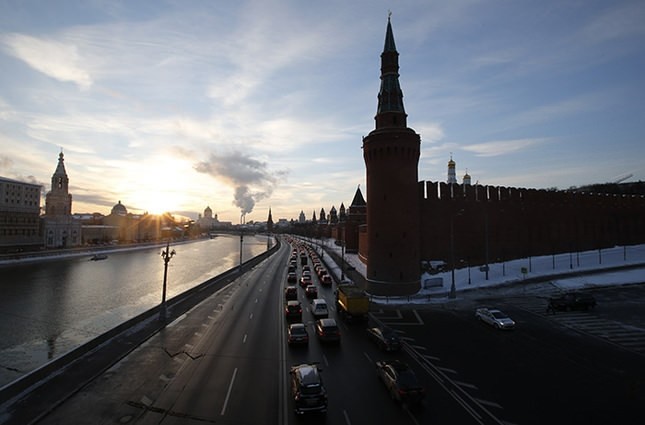 "We would like and we want a normalisation of our relations and their return to the period of good and mutually advantageous cooperation," Kremlin spokesman Dmitry Peskov told a conference call with reporters.

"But at the same time President (Vladimir) Putin has made it crystal clear that after what happened any normalisation of ties does not look possible before Ankara has taken the necessary steps," he said, referring to Russia's insistence that Turkey apologise and pay compensation for shooting down the plane.

President Erdoğan sent a letter to Russian President Vladimir Putin to celebrate Russia Day, the national holiday of the Russian Federation, which has been celebrated annually on June 12 since 1992. The letter has been seen as an important step toward normalizing the broken ties between the two countries following Turkey's downing of a Russian fighter jet in November.

"Both parties have been signaling the beginning of a normalization process," Middle East Technical University (METU) Professor Dr. Oktay Tanrısever, an expert on Russia and Central Asian republics, told Daily Sabah. Tanrısever also said that Erdoğan's letter is a crucial step and he expects some concrete steps to be taken in the near future.

"In my opinion, the process started with Putin's message in Athens," Sevil Nuriyeva, a columnist for the Star daily specialized in Turkish-Russian relations told Daily Sabah. "Upon Putin's call, even the Russian media, which has been conducting a smear campaign against Turkey, sought ways to normalize ties," she said.

"It is important that the leaders soften their tones," Tanrısever said, adding that diplomats can carry out the normalization process better in this way.

Ankara and Moscow are firm in their positions. They both want one another to acknowledge the accusations directed at each other. While Ankara says the Russian jet it shot down strayed into its airspace, Russia vehemently denies it.

"Not everything will be solved or handled the way Turkey wants, but the normalization process will speed up after this letter," Nuriyeva contended.