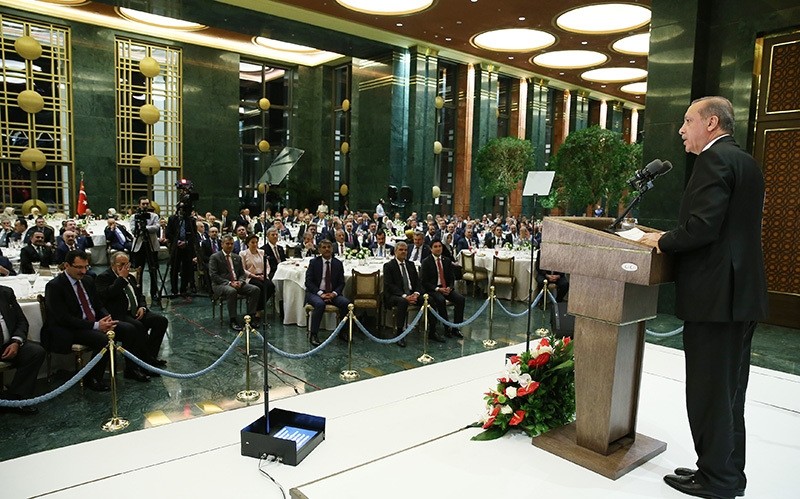 The Russian envoy to Turkey is expected to attend the iftar dinner hosted by President Recep Tayyip Erdoğan in Ankara on Wednesday, signaling a thaw in relations between the two countries, shortly after the president sent Vladimir Putin a letter to celebrate Russia Day, and the latter responded by saying they too want to restore relations.

According to reports, Ambassador of the Russian Federation to Turkey Andrey Karlov will attend the iftar dinner for foreign ambassadors and Foreign Economic Relations Board members at the Presidential Palace.

President Erdoğan sent a letter to Russian President Vladimir Putin to celebrate Russia Day, the national holiday of the Russian Federation, which has been celebrated annually on June 12 since 1992. The letter has been seen as an important step toward normalizing the broken ties between the two countries following Turkey's downing of a Russian fighter jet in November.

Kremlin responded on Wednesday by saying that Russia wants to restore good relations with Turkey following President Erdoğan's letter to Putin celebrating Russia Day. Kremlin however added that Ankara must first take certain steps for this.

Diplomatic relations between the countries soured after an unidentified jet, -which turned out to be a Russian SU-24- violated Turkish airspace and was intercepted and shot down Nov. 24 by Turkish F-16 fighters. The Kremlin ordered sanctions on food products, an end to visa-free travel and a boycott of Turkey by Russian tourists.