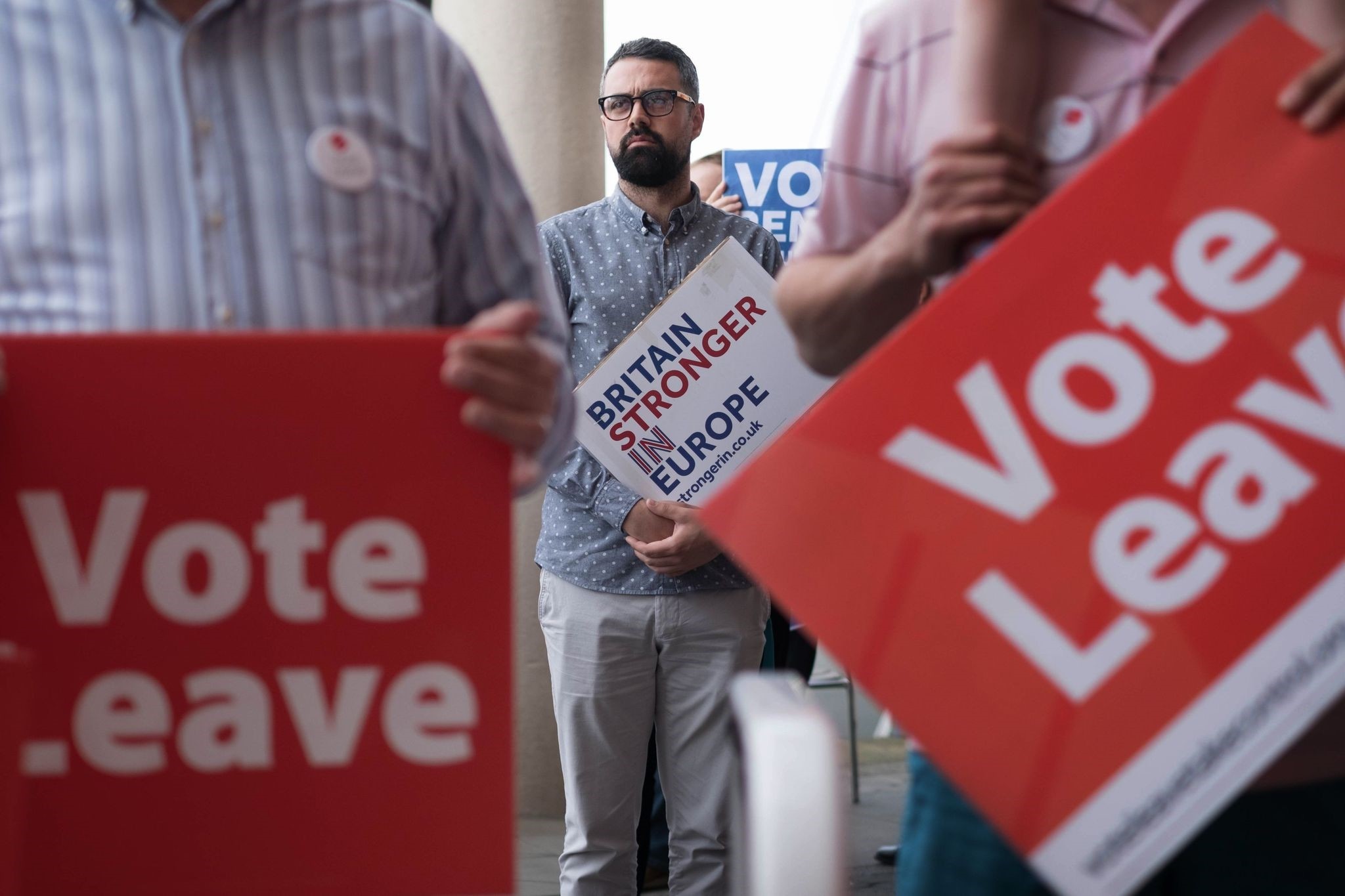 Hammond said British Justice Secretary Michael Gove and former Mayor of London Boris Johnson, both lead Brexit campaigners, were demonstrating either "woeful ignorance" or being "willfully misleading" with their warnings about Turkey.

"This is a massive red herring the Leave campaign has been waving around over the few weeks. It is very good for Europe and very good for Turkey that Turkey has a European focus and on a trajectory towards Europe," Hammond said.

He added: "Does that mean Turkey is anywhere near joining the European Union? Absolutely not."

Speaking on Thursday at a conference organized by the global affairs think-tank Chatham House, Hammond claimed Turkey had "gone backwards" in achieving the goals set for the membership.

"Frankly on some measures over the last 18 months, one might say it has gone backwards in terms of achieving the goals that it would have to achieve before it is ready even to be considered for membership of the EU," he said.

But he attacked pro-Brexit campaigners like Gove and Johnson for a letter they sent Thursday to British Prime Minister David Cameron, urging him to immediately block membership of Turkey.

"Despite the rapidly accelerating pace of accession negotiations, In campaigners maintain that Turkey 'is not an issue in this referendum and it shouldn't be'. Others assert that the U.K. has 'a veto' on Turkish accession. This claim is obviously artificial given the government's commitment to Turkish accession at the earliest possible opportunity," the letter stated.

Hammond dismissed the arguments saying that there was "no accelerating pace."

"For Michael Gove and Boris Johnson to write-as they apparently have done-to the prime minister this morning about the 'accelerating pace' of Turkey's accession negotiations either portrays a woeful ignorance or it's blatantly and willfully misleading," he said.

"There is no accelerating pace. It is a long, slow process," he added.

Anti-Turkey campaigning has been at the center of EU debates in the country as the referendum date draws closer.

Deputy Prime Minister Mehmet Şimşek said on Wednesday in an interview that "Despite all the noise, I think it is in our interests to remain anchored to Europe,"

"From our perspective, we see Europe as a source of inspiration, as a reference point when it comes to strengthening the rule of law, enhancing standards of democracy ... and I don't see a substitute to the EU in Turkey's near geography."