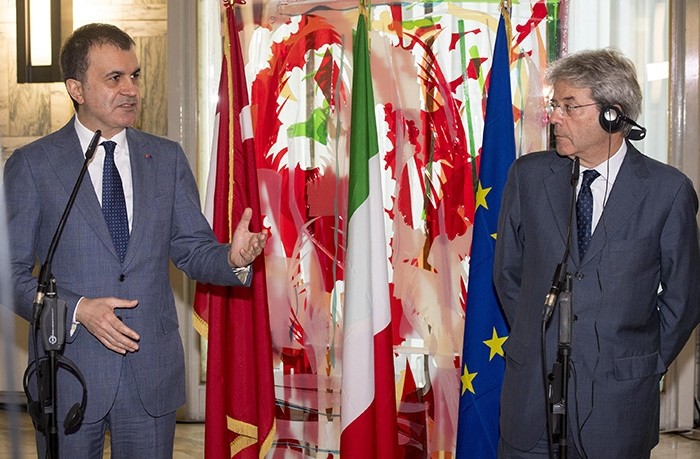 Turkey's Minister for EU Affairs and Chief Negotiator Ömer Çelik met with Italian parliamentarians in Rome on Wednesday on the second day of his three-day official tour to Italy.

In remarks made at a press conference before his official meeting, Chiti reiterated Italy's support for Turkey's EU accession process.

Çelik also met Michele Bordo, the chairman of committee on European affairs of the Italian chamber of deputies.

Later, the Turkish minister tweeted that he would discuss Turkey-EU relations, migration management and fight against terrorism during his visit.

He is also scheduled to meet Secretary of State for European Affairs Sandro Gozi on the third day of his official visit.