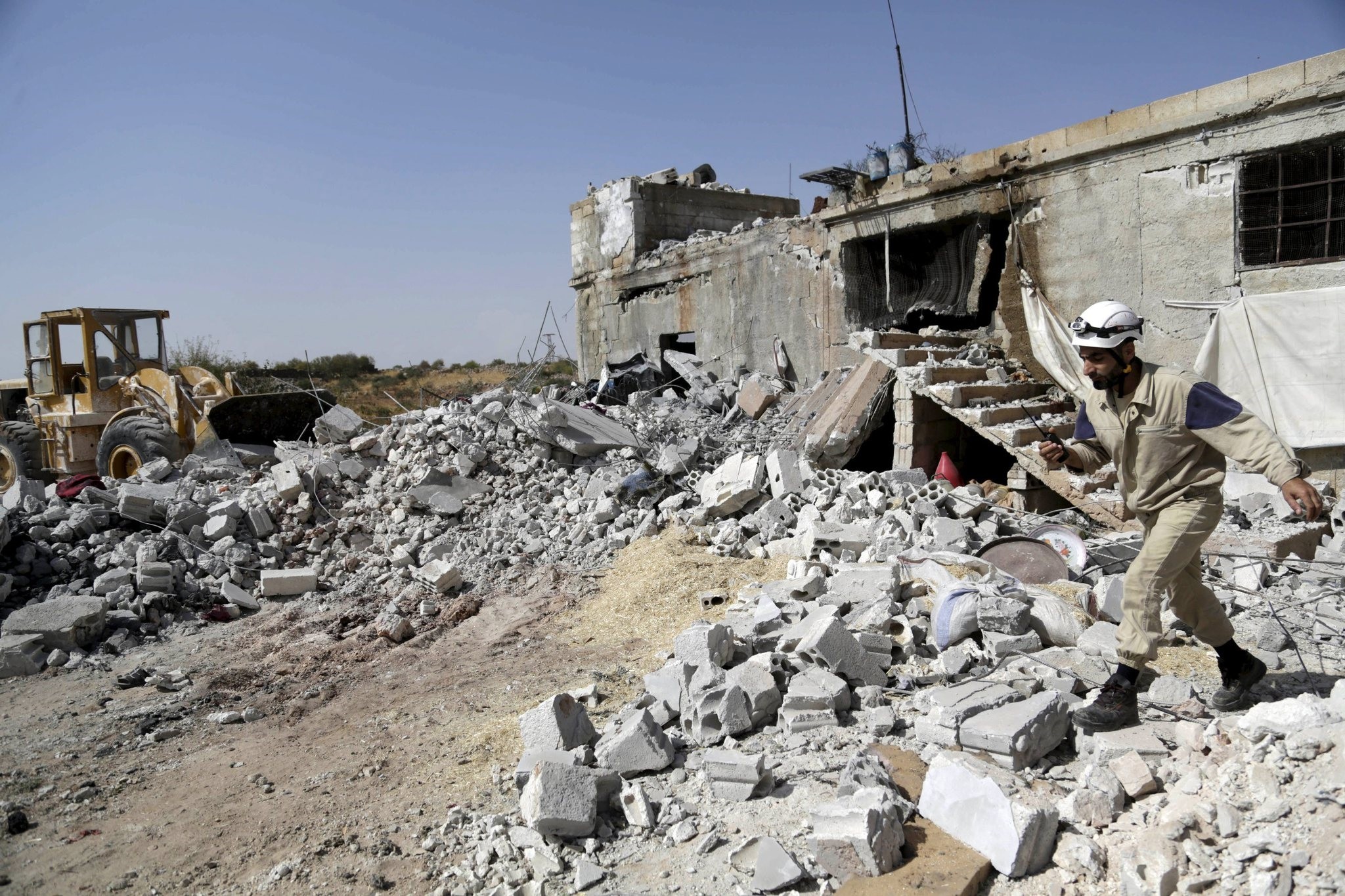 A civil defence member walks on the rubble of a damaged building next to a site hit by what activists said were airstrikes carried out by the Russian air force. (Reuters Photo)
by Daily Sabah with AA Jun 22, 2016 12:00 am

The Foreign Ministry slammed Russian attacks in Syria, saying that it is unacceptable for a permanent member of the U.N. Security Council to use weapons and ammunition against civilians, just like the Assad regime.

The ministry released a statement on Wednesday and said footage apparently showing Russian warplanes using incendiary cluster munitions and phosphorus bombs in the Aleppo area over the last two days was "extremely worrying."

A Russian state television channel broadcast footage on Tuesday appearing to show Russian warplanes carrying out airstrikes in Syria with such munitions, according to the Conflict Intelligence Team (CIT), an open-source intelligence outfit.

Assen Sabbagh, a local media activist based in Aleppo, told Turkey's state-run Anadolu Agency (AA) that the villages of Kafr Hamra, Anadan and Hraytan were struck by phosphorous bombs.

"Bombs have been coming down on us for two days, the only consolation is that, no one has been killed in these attacks," said Sabbagh. "Due to heavy attacks, thousands of residents had to evacuate to secure places."

White phosphorus is a chemical substance used in shells and grenades for illumination and incendiary purposes. Weapon experts warn that if it contacts human flesh, it can cause painful and fatal burn damages. Russian troops reportedly used the chemical in 1994 in the Battle for Grozny in Chechnya.

In September 2015, the Russian military began a campaign of highly criticized air strikes in Syria at the request of the Bashar Assad regime. In March, Russian President Vladimir Putin ordered a partial withdrawal from Syria, saying that the operation had achieved its goals.

Syria has been locked in a vicious civil war since 2011, when the Assad regime cracked down on pro-democracy protests which erupted as part of the 'Arab Spring' uprisings. Since then, more than a quarter of a million people have been killed and more than 10 million displaced across the war-torn country, according to the U.N.

The independent Syrian Center for Policy Research, based until January in Damascus, has put the death toll from the six-year conflict at more than 470,000 people.