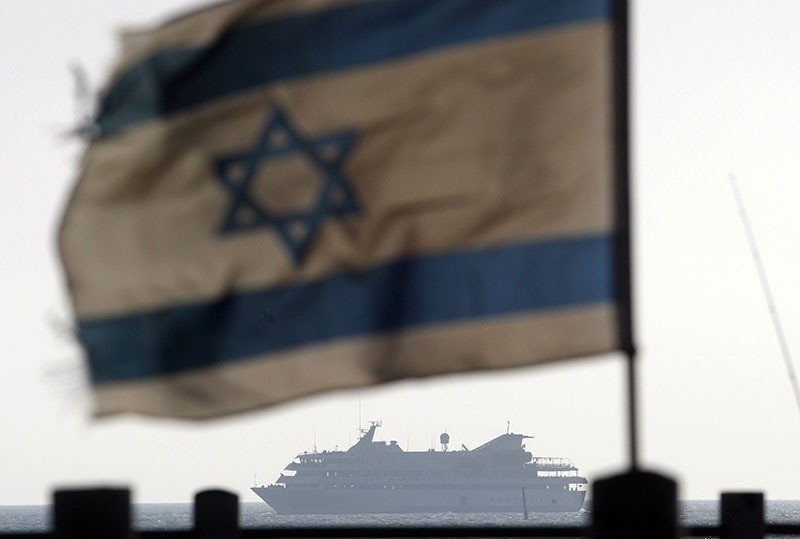 An Israeli flag flutters in the wind as a naval vessel (not seen) escorts the Mavi Marmara that was raided by Israeli marines, to the Ashdod port, in this May 31, 2010 file picture. (Reuters)
by daily sabah Jun 25, 2016 12:00 am

A busy weekend is waiting for Turkish and Israeli officials as both sides have reportedly met to finalize the last draft of the months-long expected deal for the normalization of ties between the two countries.

Turkey was a key regional backer of Israel until the two countries cut ties in 2010 following an Israeli raid on a Turkish aid ship bound for Gaza that resulted in the death of nine Turkish and one American activists.

The Israeli government took a step towards reconciliation on March 24, 2013, when Israeli prime minister Benjamin Netanyahu, under the encouragement of U.S. President Barack Obama, apologized for the mishandling of the raid during a conference call with then-Prime Minister Recep Tayyip Erdoğan. Israel also agreed to pay compensation for the victims.

The only obstacle left was Israel's agreement to lifting the Gaza blockade. Turkey wanted that humanitarian aid to Gaza would be uninterruptedly guaranteed in depth and insisted on solving the infrastructure and energy problems of Gaza.

According to diplomatic sources, after months of negotiations talks, the two sides have finally agreed on the details of lifting the blockade for humanitarian aid. A reconciliation deal is accordingly expected to be finalized this weekend.

The deal will be a sign of a normalization of relations between the two countries, which is crucial for the stability and peace of the region.

Haaretz daily reported on Thursday that Israel's security cabinet was set to convene next week to approve the deal.