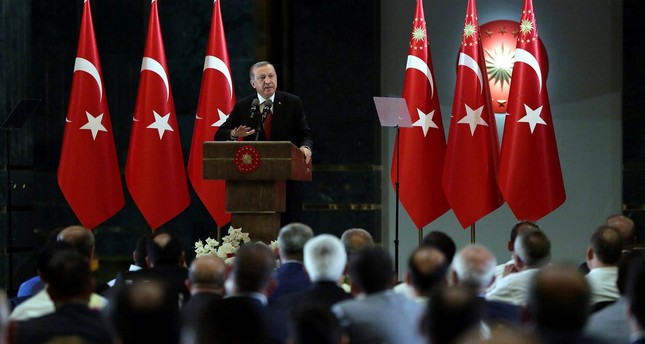 President Recep Tayyip Erdoğan criticized Wednesday Turkish charity group IHH for undermining the reconciliation agreement with Israel, saying the deal is a good development for Palestinians and based upon the principle of mutual benefit.

Speaking late Wednesday during an iftar dinner at the presidential complex in Ankara, Erdoğan said the flotilla organizers did not ask for permission from him back when he was a prime minister before a diplomatic crisis erupted between Turkey and Israel.

On Monday, IHH, Humanitarian Relief Foundation, criticized the deal saying it amounted to acceptance of the Israeli blockade.

"We were already delivering the same amount of humanitarian aid to Gaza, but without making an appearance. Now we have Israel's promise, all aid supplies to Gaza will be permitted from now on," Erdoğan said.

The president said a ship carrying 11,000 tons of humanitarian aid is being readied to send from Turkey to Gaza this Friday and sending these relief supplies will be a routine afterwards.

Under the deal, Turkey will be able to send humanitarian aid to Gaza as well as carry out infrastructure projects including residential buildings and a 200-bed Turkish-Palestine Friendship Hospital.

The Mavi Marmara aid ship was among six civilian vessels trying to break Israel's blockade of Gaza when they were boarded by Israeli commandos.

On Monday, months of talks between the two countries finally bore fruit, with Turkey announcing that a deal would be signed normalizing relations with Israel.