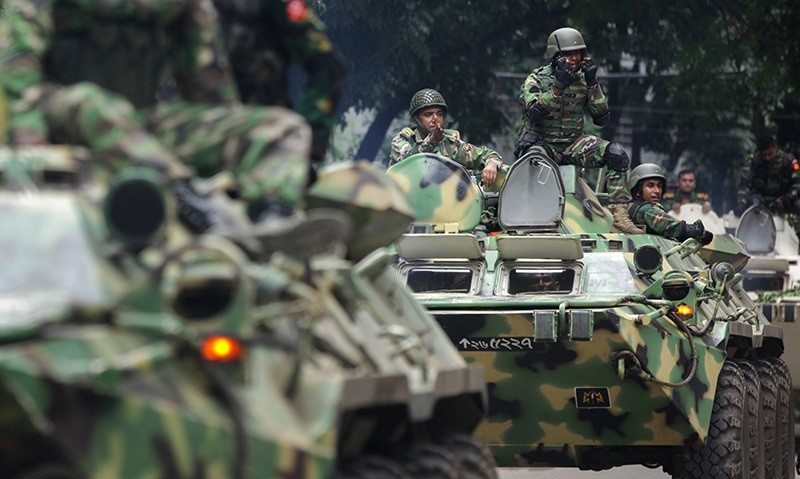 Armored vehicles arrive after militants took hostages at a restaurant popular with foreigners in Dhaka, Bangladesh, Saturday, July 2, 2016 (AP Photo)
by Anadolu Agency Jul 02, 2016 12:00 am
Turkey on Saturday condemned the terror attack on a restaurant in Bangladesh's capital that killed 20 people, including Italian and Japanese nationals.

"We condemn the terror attack on a restaurant in the Gulshan diplomatic neighborhood in Dhaka," the capital, said a Turkish Foreign Ministry statement.

"We wish a speedy recovery for the injured and offer our condolences to the relatives of those who lost their lives and our brothers, the Bangladeshi people."

The army said the siege at the restaurant, claimed by Daesh, ended with the deaths of 20 foreign hostages.

Officials said one of the assailants was detained and six others were killed. In addition, two police officers lost their lives and 30 others were wounded during Friday's gun battle.

The militants, armed with guns and explosives, stormed the restaurant in the city's Gulshan neighborhood, which is home to several embassies and one of the most secure districts in the capital.
Last Update: Jul 03, 2016 4:24 pm
RELATED TOPICS