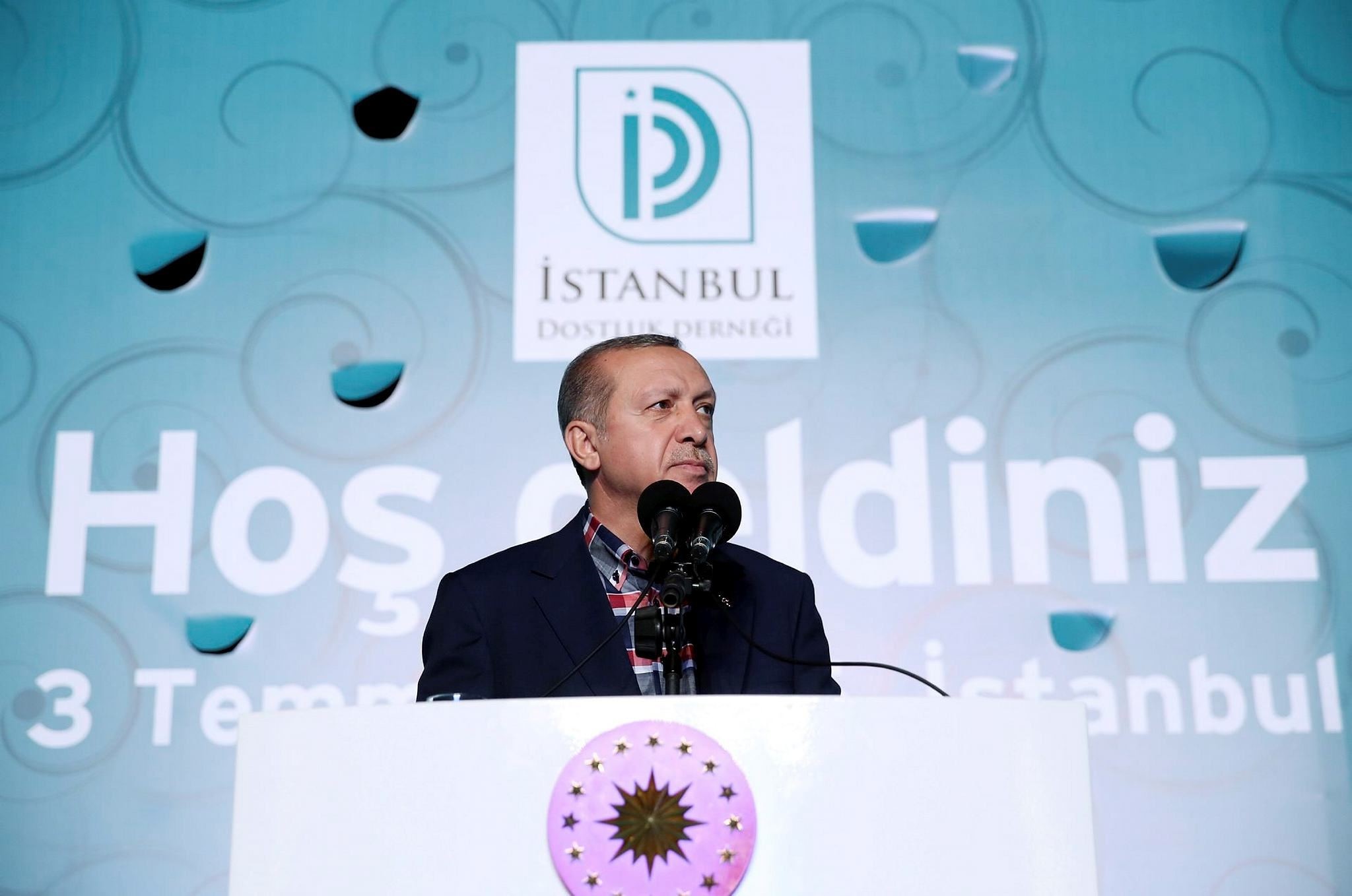 President Recep Tayyip Erdoğan lauded Turkey's rapprochement towards Israel and Russia Sunday, saying the country needs to broaden its radius of action in order to resolve the crisis in the region.

Speaking at an iftar dinner in Istanbul, Erdoğan said Turkey consulted the leaders of Palestine while negotiating with Israel. "Our main concern is Gazans and we made our consultations with Khaled Meshal, Mahmoud Abbbas and Ismail Haniyeh while making the deal with Israel," the president said.

Erdoğan added that the criticism against Turkey's efforts to improve ties with Israel and Russia is not based on any kind of comprehensive policy or analysis.

The president underlined that Turkey is passing through a severe test in which " the country has become the target of the world's bloodiest terrorist organizations,", saying it needs to be strong for the sake of not only Turkish people but also all civilians in the region.

The government has so far blamed DAESH for Tuesday's deadly attacks at Istanbul Atatürk International Airport, one of the busiest hubs in Europe.

Turkey has cracked down on DAESH after a string of deadly attacks were blamed on the group.