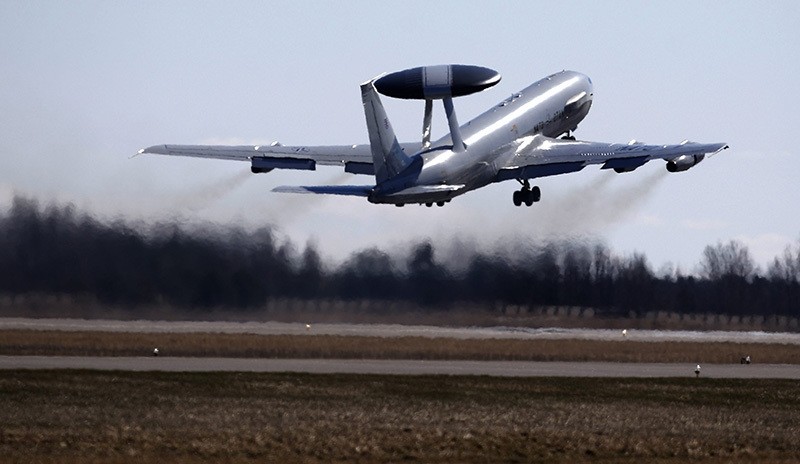 NATO Airborne Warning and Control System (AWACS) aircraft take off during the Lithuanian - NATO air force exercise at the Siauliai airbase some 230 km. (AP Photo)
by Daily Sabah Jul 09, 2016 12:00 am

NATO General Secretary Jens Stoltenberg said on Friday that Turkey has been affected the most by the crisis in neighboring Syria and Iraq and that NATO has increased measures for the country's security.

During a press conference at the NATO summit in Warsaw, Stoltenberg said: "We have augmented the defenses of Turkey, the ally most affected by the turmoil in the south, with Airborne Warning and Control System (AWACS) surveillance planes and defensive missile systems."

Stoltenberg added that an increased multifaceted cooperation has been declared in fight against Daesh terrorist group.

"Today we have decided to declare Initial Operational Capability of the NATO ballistic missile defense system. This means that the US ships based in Spain, the radar in Turkey, and the interceptor site in Romania are now able to work together under NATO command and NATO control."

Amid recent tensions between NATO and Russia over the NATO base in Romania, Stoltenberg also said: "Importantly, the system we are building is entirely defensive. It is designed to shield against attacks from outside the Euro-Atlantic area and represents no threat to Russia's strategic nuclear deterrent."