Coup soldiers fled to Greece being brought back to Turkey 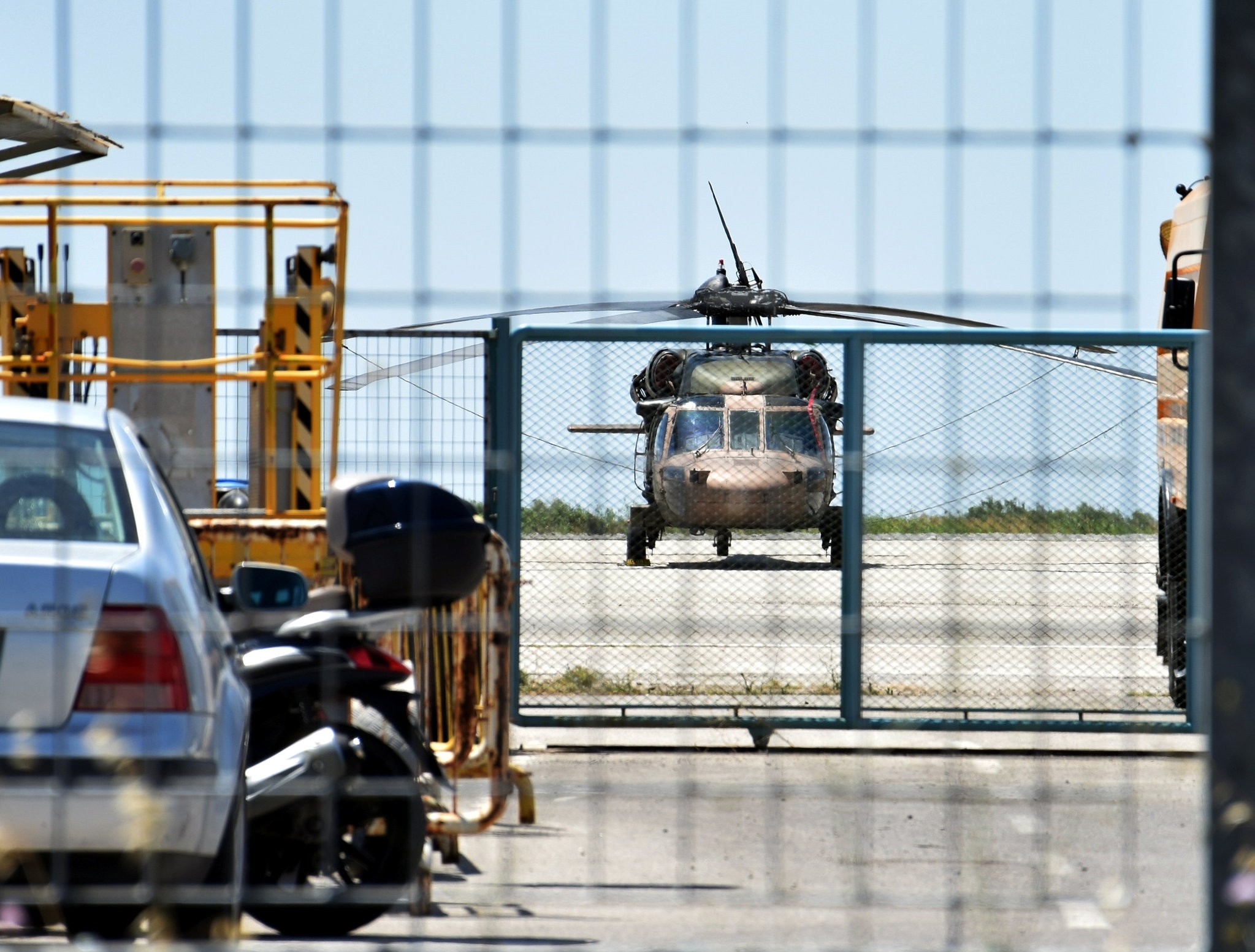 A Turkish military helicopter lands in the northern Greek city of Alexandroupolis with eight men on board who have requested political asylum after the attempted coup in Turkey, July 16, 2016. (Reuters Photo)
by Daily Sabah Jul 17, 2016 12:00 am

A team from the Turkish Armed Forces Saturday arrived in Greece to bring back the eight pro-coup soldiers who fled to Greece after the military coup attempt failed on Friday.

Greek officials confirmed that a team from the Turkish Armed Forces had arrived in Greece to bring back the helicopter the military officers escaped in.

Greek police had said earlier that the helicopter landed at Alexandroupoli airport, near the Greek-Turkish border, at around 11.50 a.m. local time (0850GMT).

The soldiers who were arrested and sought political asylum in Greece are going to be sent to the prosecutor's office Sunday, the officials said.

On Saturday, Greek Prime Minister Alexis Tsipras telephoned President Recep Tayyip Erdoğan to confirm that "whatever necessary" would be done to ensure the extradition of eight Turkish military officers who fled to Greece after Friday's failed coup attempt. Tsipras, in a phone call with PM Yıldırım late Sunday, said that the extradition process of the 8 pro-coup soldiers has been commenced by Greek authorities.

Tsipras said there was no room for coups in democracies, and the Greek government stood by and respected the elected government of Turkey, and the will of the Turkish nation, according to a Turkish presidential source.

Erdoğan in turn thanked Tsipras for his sentiments and support, the source said, speaking on condition of anonymity, due to restrictions on speaking to the media.