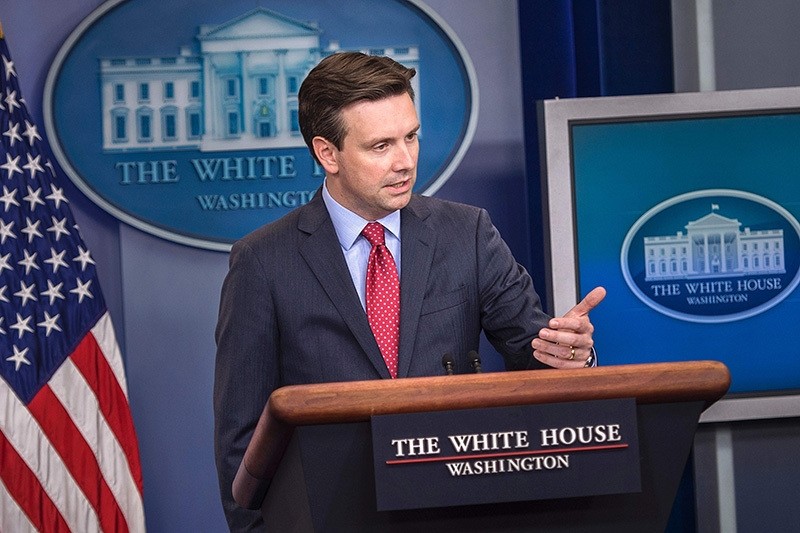 White House spokesperson Josh Earnest speaks during a press briefing at the White House July 15, 2016 in Washington, DC. (AFP Photo)
by Daily Sabah with Agencies Jul 19, 2016 12:00 am
The White House said on Tuesday that an official request has been submitted by Turkey for the extradition of Fetullah Gülen, accused of masterminding the July 15 coup attempt, and that the U.S. administration is ready to provide all necessary assistance for the coup investigation.

Earnest said the Turkish government had filed materials in electronic form with the U.S. government, which U.S. officials were reviewing. He said any extradition request from Turkey, once submitted, would be evaluated under the terms of a treaty between the two countries.

Turkey took the illegal activities of the Gülen Movement to the international platform in the U.S. last year.

The activities and operations of the Gülen Movement in the U.S. and Turkey have been scrutinized by a number of American media outlets that question the movement's motives, opacity and why the U.S. government is providing refuge to Gülen, who is currently facing numerous charges in his native Turkey, including treason and an extradition request.
Last Update: Jul 19, 2016 9:17 pm
RELATED TOPICS