US should stop letting Gülen be the problem in relations with Turkey, Presidential spokesperson Kalın says 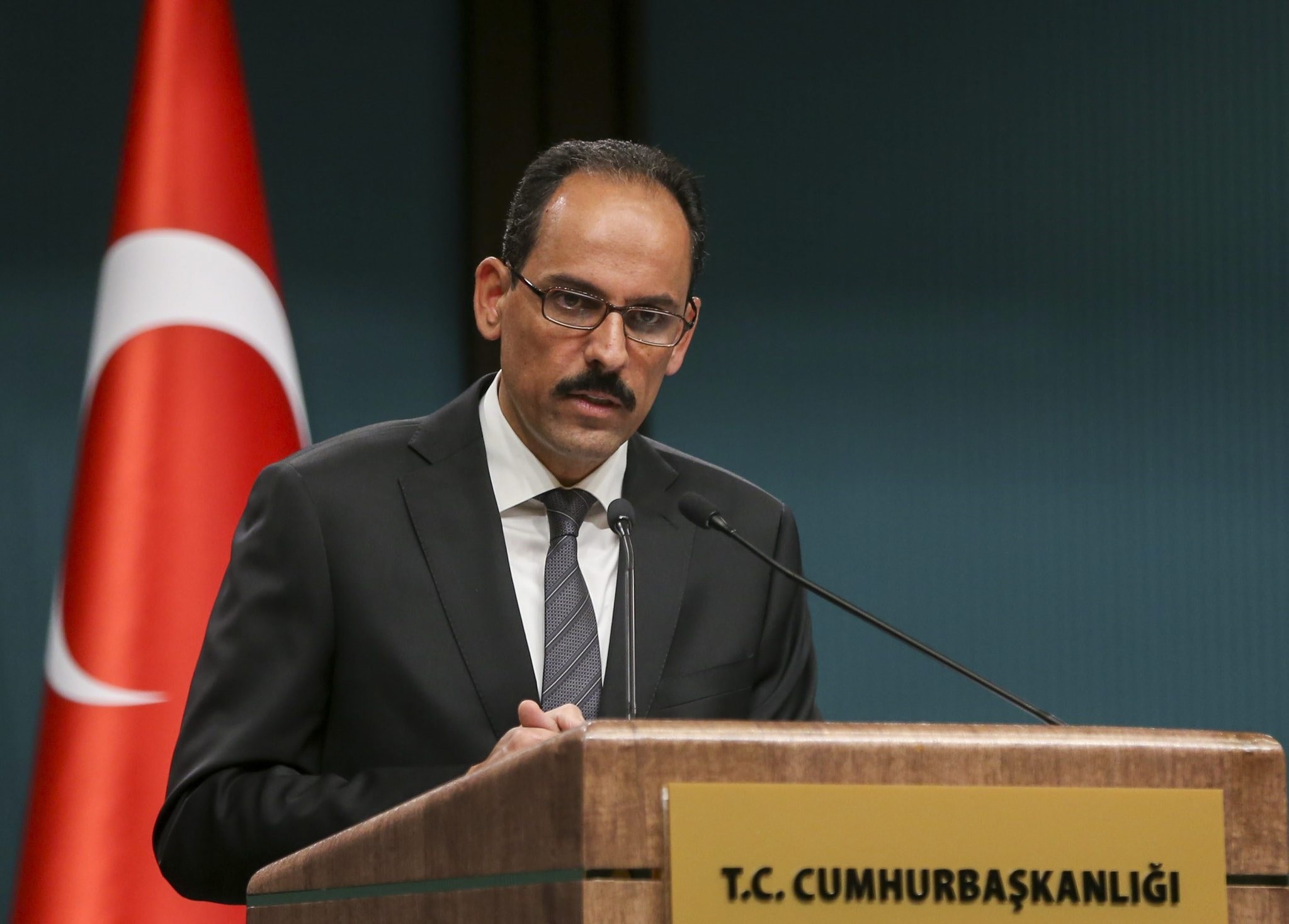 Presidential spokesperson İbrahim Kalın said Thursday that the United States should stop letting the extradition of Fethullah Gülen be a problem between Turkey and the US.

Speaking to A Haber news channel, Kalın said the extradition of the leader of the FETÖ terrorist organization, Fethullah Gülen, was not a new development and it had been on the table for about one and a half years.

"It is enough for an individual to be extradited if he is warranted as suspect in a case. The testimony of the Chief of Staff's aide clearly shows that they (FETO terror group) are behind this coup attempt. Even Gülen himself said that 'someone who loves us might be among those conducted the coup," Kalın said.

The spokesperson signaled that if the U.S. fails to extradite Gülen, Turkey will start to respond to extradition demands from the US with a reciprocal principle.

Ankara had submitted an official request for Gülen's extradition to the U.S. on Wednesday. White House later said the Justice Department and other U.S. agencies were now reviewing the documents and will take action in accordance with a decades-long extradition treaty between the two countries with respect to the extradition of criminals.

Military troops loyal to the government, along with police officers and millions of Turkish citizens, succeeded on Saturday morning in quelling an attempted coup, launched by a small military junta linked to FETÖ, which began mid-afternoon on Friday. At least 2,839 pro-coup members of the military, including 29 colonels and over 40 generals, were detained across Turkey, the Interior Ministry said on Saturday.

Turkey's top judicial body ordered the detention of 2,745 judges and prosecutors for links to the coup plotters on Saturday, while two members of the Constitutional Court were detained for involvement in the attempted coup.

As a result of the attempted coup, more than 200 people were killed, while over 1,500 people were injured. Some 104 pro-coup figures were also killed.