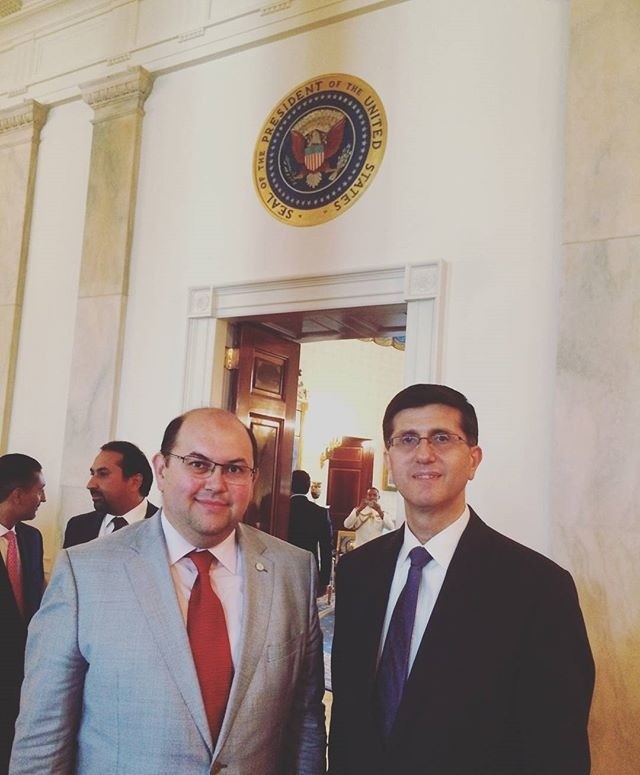 Turkey this week submitted the extradition request to Washington for the Pennsylvania-based Imam, Fethullah Gülen, suspected as the mastermind of the failed coup in the country.

Top U.S. officials responded to the Turkish government's extradition request, and said they would review the materials as soon as possible. The U.S. government, however, decided to ignore Turkey's concerns by inviting leading Gülenists to a reception at the White House hosted by President Barack Obama on Thursday.

President of the Rumi Forum, Emre Çelik and President of the Turkic American Alliance (TAA) attended the Eid Reception at the White House. The Rumi Forum's website says its honorary president is Fethullah Gülen. TAA is also known to be a Gülenist business organization for Turkish-American entrepreneurs. A quick search on TAA's website brings up countless articles in support of Gülen and his ideas.

Thousands of Turks marched and chanted today for the extradition of Fethullah Gülen from the United States on Istanbul's iconic Bosporus Bridge, where putschists killed at least two unarmed civilians and injured dozens. In return, Rumi Forum's Çelik took selfies at the White House and smiled to cameras. "Special meetings in the Green Room #WhiteHouse" he tweeted.

This is not the first time that the White House showed its support for Gülen-run institutes in Washington.

President Obama sent a letter to Gülen-tied "International Festival of Language and Culture" (IFLC), held in Washington last April. Obama underlined the IFLC's efforts to unite young people from across the globe. The festival was co-hosted by the Rumi Forum and TAA.

Previously, The White House officials declined to comment on the letter.

Meanwhile the US Department of State offered assistance to Turkish authorities in the extradition process of Fethullah Gülen as well as forming a joint team to work through the process.

Speaking to reporters Thursday, State Department Spokesperson John Kirby said "We have offered, as the Justice Department has offered to assist Turkish authorities as they work through this extradition process. We've even offered to host a team, a Turkish team here or to send a team there, a joint team, to help them work through the process."