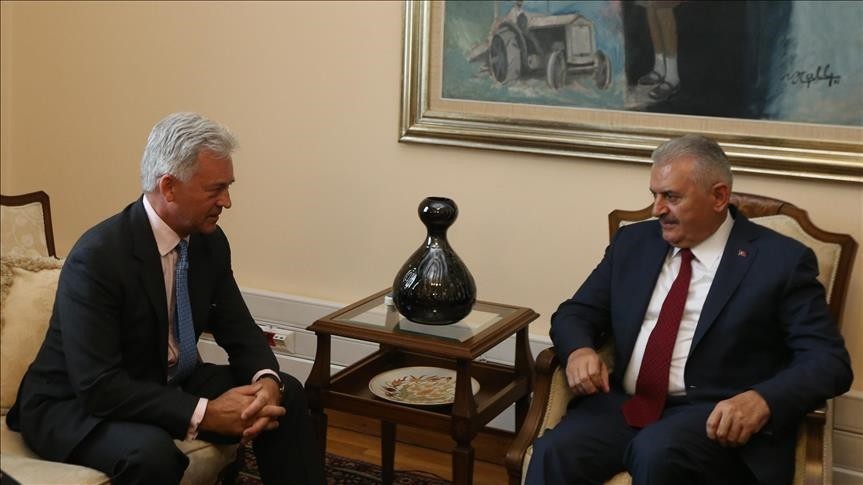 The UK Minister of State for the Foreign and Commonwealth Office Sir Alan Duncan said on Thursday that the county's government attaches importance to Turkey's security and stability as its strong partner and ally, according to Turkish Prime Ministry sources.

Alan Duncan arrived in the Turkish capital and was received by Turkish Prime Minister Binali Yıldırım at the parliament nearly a week after the deadly coup attempt.

Duncan visited the Turkish parliament building which was damaged during the coup attempt and he expressed his sorrows.

He conveyed his condolences to victims' families, to President Recep Tayyip Erdoğan and the prime minister.

According to Prime Ministry sources who cannot be named due to restrictions on speaking with the media, he said that the U.K. believed that Turkey would continue its counterterrorism against the Gülenist terror organization FETÖ within the framework of democracy and the rule of law. Duncan added that people should be careful to not give credit to FETÖ supporters' perception management in Western media, said the sources.

The British minister also expressed confidence that Turkey's state of emergency, which was approved by parliament for three months, would end once the government achieved its goals.

Turkey's government has said the attempted coup was organized by followers of U.S.-based cleric Fetullah Gülen, who is accused of a long-running campaign to overthrow the state through infiltrating into Turkish institutions, particularly the military, police and judiciary, forming a 'parallel state'.

At least 246 people, including members of the security forces and civilians, were martyred during the failed putsch and more than 1,500 others were wounded as they protested against it.