Albayrak: Turkey to monitor allies regarding solidarity after coup attempt 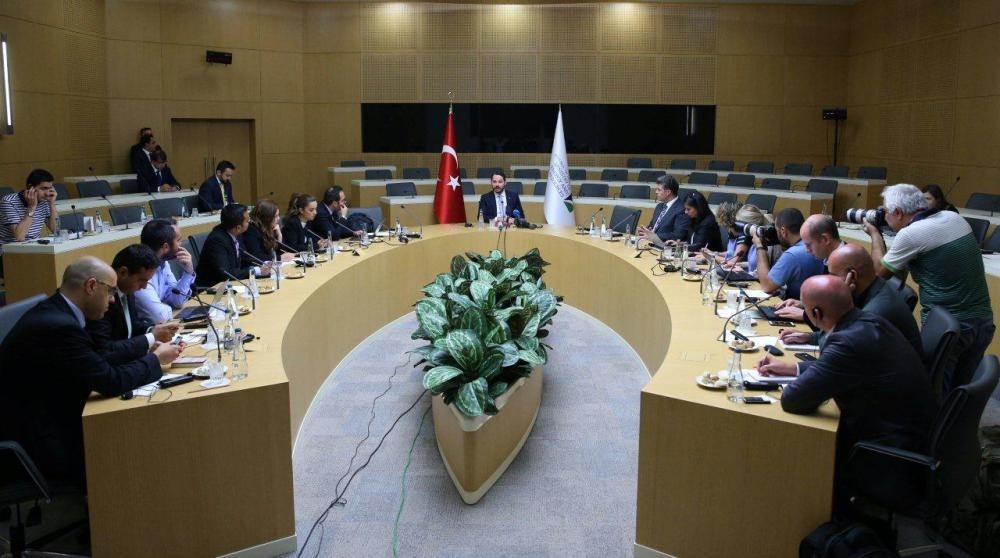 Amid the need for strong alliances after the coup attempt, Energy Minister Albayrak said the Turkish state and the people will closely monitor Ankara's allies and strategic partners in terms of collaboration and solidarity

Energy Minister Berat Albayrak said on Wednesday that after the failed July 15 Gülenist coup attempt Turkey has entered a new era and underlined that from now on Turkey's Western allies and strategic partners will be monitored.

Speaking to foreign media correspondents in Ankara, Albayrak contended that none of the previous military coups in Turkey's history were as brutal and none targeted civilians directly, stressing that Turkey expects all countries to understand the "real reason" behind this coup attempt. Criticizing what he called a lack of solidarity from the Western world, Albayrak urged those countries to stand up for their fundamental values. "Regardless of the political views of the people, there has been a coup attempt to harm democracy. Thus, not only ours, but our citizens' expectation from the EU, U.S. and other countries is that they should have a clear position on the people's side for the people's democratic rights and freedom," he said.

Albayrak said: "Turkey is at a different point, not as a state or government, or for political representation, but rather due to 79 million people following this process closely, which means that your cooperation that has lasted more than 60 years has entered a new era for Turkey.

"In this process, our Western allies, our strategic partners, will be closely monitored and followed not by the government, but by each and every one of our citizens," he added.

Regarding Fettullah Gülen's extradition from the U.S., Albayrak said the Justice Ministry has conveyed the necessary documents to U.S officials and acted within the rule of law. He said that after the coup attempt the extradition case is considered at a different level now and that Turkey expects a positive approach from the U.S. "We hope the U.S. will take a positive approach to Turkey's extradition demand and that they take necessary actions in the shortest time possible," he said. Albayrak also said the existence of the shadowy Gülen Movement is a threat to U.S democracy. "It is important to say that the presence of this group also hurts the U.S. as a state and its people as taxpayers because Gülenists illegally extract hundreds of millions of dollars to their operations all around the world," he said.

Trying to draw connections between Gülenist and the assassins of the 11th century lord of Alamut, Hassan-i Sabbah, Albayrak said: "These people are setting all of these values aside; they are brainwashed. We call them assassins, like those of Hassan-i Sabbah, because they are known for doing anything and everything without question." Responding to a question about the fundamental motivation of the July 15 coup attempt, Albayrak said that Güllenists have infiltrated state intuitions for decades and that taking over the whole system was their main aim. "They wanted to take over the system by just pushing a button. And after taking over the system, they were going to take the floor heroically, like a religious leader acting all innocent," he said.
RELATED TOPICS