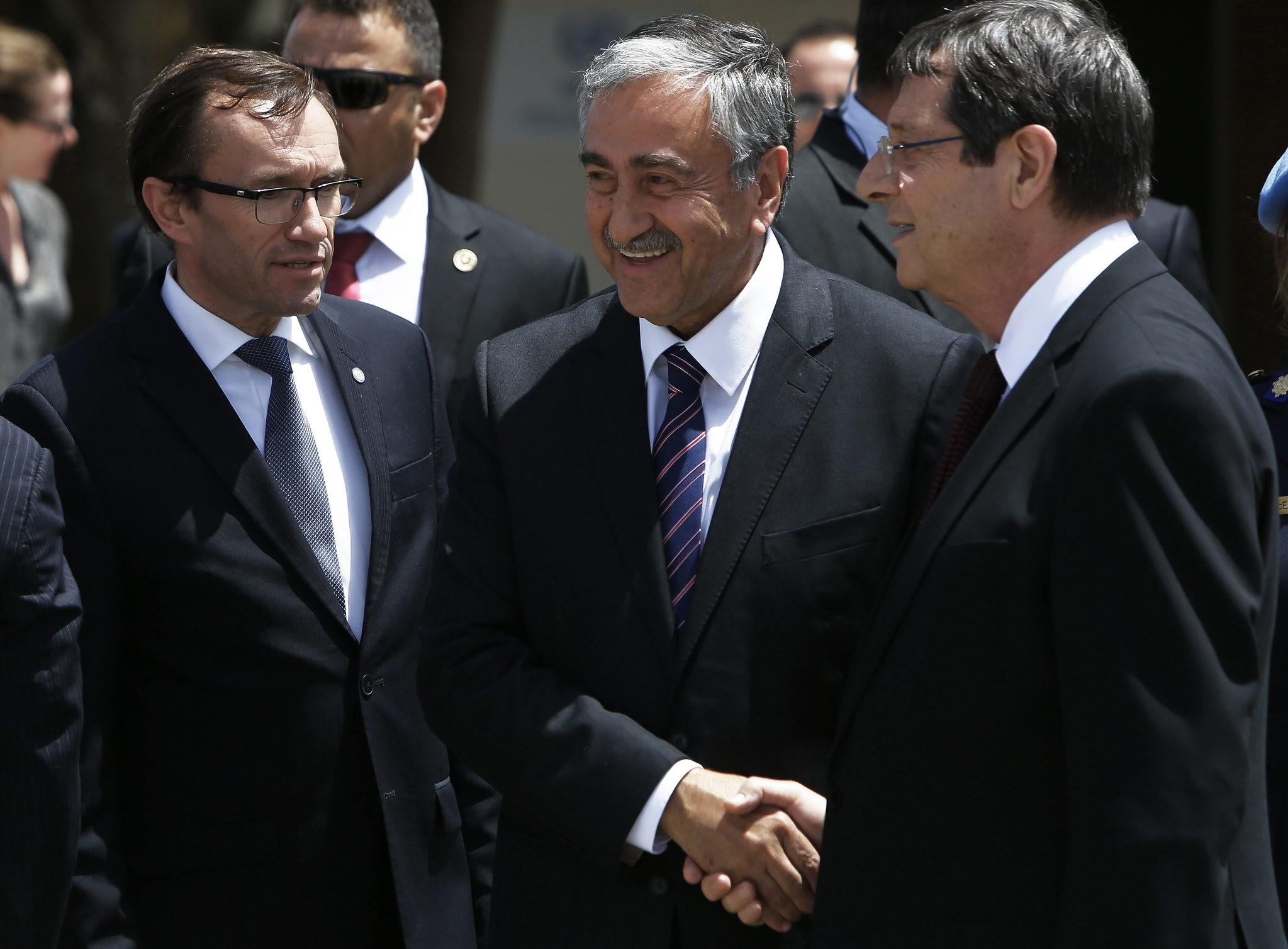 "The goal is to make this year, 2016, a year of solution," Akıncı said following a three-hour meeting with Greek Cypriot leader Nicos Anastasiades and Espen Barth Eide, special representative of the UN secretary-general on Cyprus.

He said the meeting had been very fruitful.

He recalled the negotiations have been continuing in the island for about half a century. "We are working to find solution on exposed issues; 2016 should be a year of solution," he said.

Reunification talks between the Greek Cypriot and Turkish Cypriot communities on the island resumed in May 2015 when the newly-elected President Akıncı met Anastasiades.