Experts: Erdoğan's visit to Russia could speed up normalization process 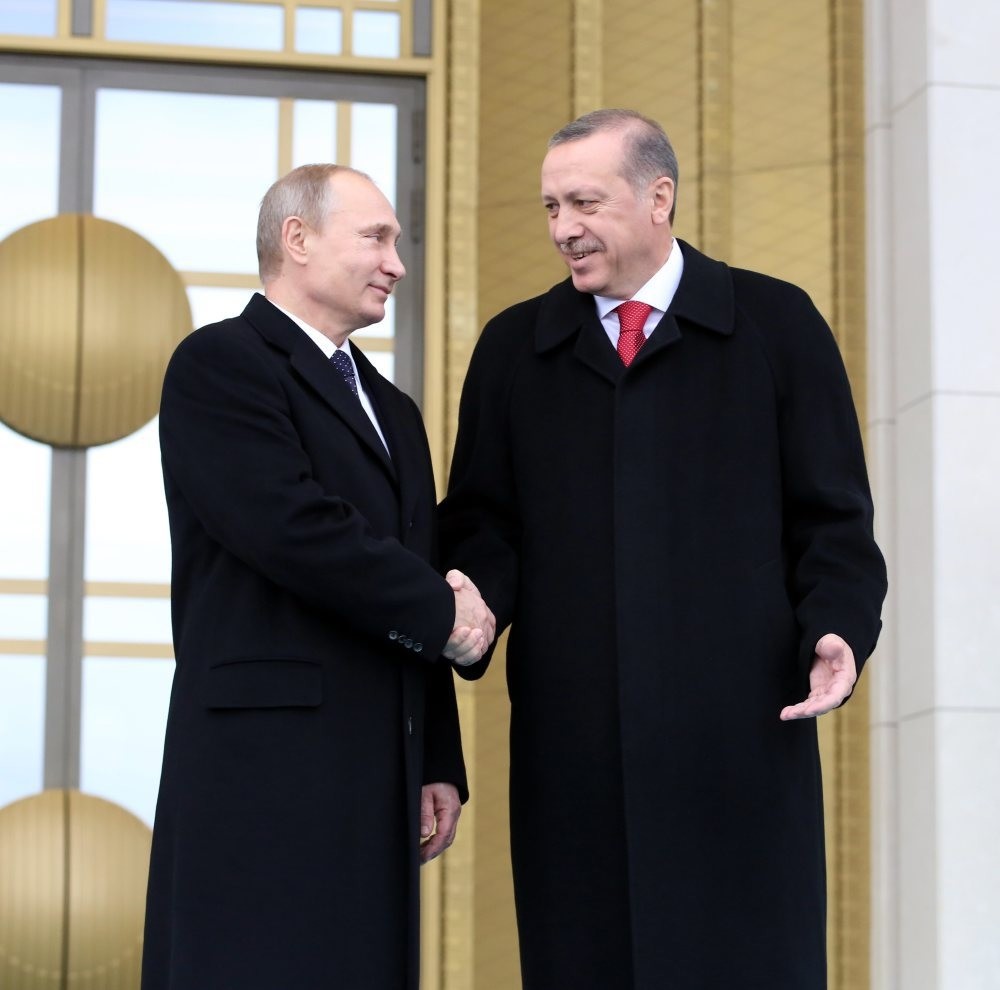 Following the failed coup attempt, President Erdoğan will make his first official visit to Russia on Tuesday. The visit is expected to be an incident that will be a milestone in the accelerating of the normalization process in bilateral relations

Having bettered relations with Russia due to the normalization process that began in June when President Recep Tayyip Erdoğan expressed regret for the downing of a Russian military jet on Nov. 24 last year, relations between the two countries seem to have strengthened even more since Russian President Vladimir Putin called Erdoğan with a message of solidarity regarding the failed July 15 coup attempt.

Turkey is now looking forward to the meeting between Erdoğan and Putin on Aug. 9 in St. Petersburg, as the leaders are expected to discuss ways to restore bilateral relations.Commenting on the political background of the meeting, Dmitri Trenin, the director of the Moscow Center of the Carnegie Endowment for International Peace, stated, "Russia seeks a pragmatic yet solid relationship with Turkey as a serious regional player." The relationship between the two countries will be directly based on each country's interests and appropriately aligned wherever possible. While Trenin noted that the process of normalization between Russia and Turkey will not be quick and easy due to the jet crisis last November, Dr. Dimitar Bechev, a visiting scholar at Harvard's Center for European Studies and the former senior policy fellow from the European Council on Foreign Relations, backed up the idea, saying that the "clock is turning back time to before [the Nov. 24 jet crisis]" between the two countries.

Underlining that it is impossible to predict the positive improvement of relations between Russia and Turkey, assistant Professor Vügar İmanbeyli of İstanbul Şehir University said, "This may be interpreted as a success for Turkish diplomacy in efforts to establish contacts on the Russian side; or, it can be considered as having originated in the common understanding reached by decision-makers on both sides who realized that further confrontations would be against the national interests of both countries."

Stressing Turkish-Russian common interests, Dr. Maxim Suchkov, an expert at the Russian International Affairs Council and a columnist for Al-Monitor's Russia Pulse stated that the normalization process is driven by the political goodwill shared by both leaders; however, it will be a slow but decisively firm process. Underscoring that the two sides aim to set certain goals, Suchkov indicated that political conditions in both countries could push the leaders to establish an even closer relationship, while Trenin added that the improved relationship will be limited due to prioritized national interests on both sides but that the relationship has the potential to be resilient and sustainable if the two leaders decide to move forward in normalization.Stating that the first statements made after the St. Petersburg meeting will determine the speed of normalization, İmanbeyli said that Erdoğan's visit might help speed up this process. In terms of domestic results, Imanbeyli said that the meeting will be welcomed by "those people from among the elite who had lucrative business relations with Turkey or those who thought that it was nonsense to destroy the improved bilateral relations with Turkey -- a country that has not participated in the 'isolate Russia' campaign in recent years." With regard to foreign policy, he said, "Putin will demonstrate that his country is not alone and will try to further consolidate his power."

Experts agree on the economic significance of the meeting, as restored relations will result in several economic and business-related projects, including the resuming of the Turkish Stream pipeline project. "Russia is also expected to re-launch economic relations with Turkey, which include the gas pipelines [which are also part of the EU-Russia energy relationship] and the nuclear power station," Trenin said. Suchkov added, "I believe that Moscow and Ankara have been preparing even bigger proposal packages."

Answering Daily Sabah's question as to whether Russia and Turkey can eliminate the dissidence over Syria and ultimately cooperate, experts stated that they do not expect a breakthrough because both countries have held opposing positions on the Syria issue since the conflict began. Bechev said that the gap could be narrowed if the leaders agree on a formula such as a transitional government in Syria. On the other hand, Suchkov pointed out that "Before the [jet] incident, Russia and Turkey were able to cooperate on a number of other mutually beneficial initiatives without unanimous agreement on Syria." Trenin also underscored the importance of practicalities regarding conflicts, saying, "If the Turks identify their main goal in terms of protecting their own national security and sovereignty vis-à-vis regarding challenges such as the PKK and join Russia in search for a political solution in Syria that Moscow would accept, the two countries can effectively manage their differences." Also, stating that Russia would expect Turkey to join its counterterrorism operations on the current borders and existing states in the region, Trenin said, "The Kremlin clearly welcomes Turkey taking a more independent stance against both the U.S. and the EU." Commenting further on the effects of the meeting concerning the U.S., he noted, "Especially after the July 15 coup attempt, it seems that some changes may be made to Turkish foreign policy that take into consideration the hypocritical attitude of the U.S. The Erdoğan-Putin meeting may reveal this change," İmanbeyli added.
Last Update: Aug 08, 2016 11:40 am
RELATED TOPICS