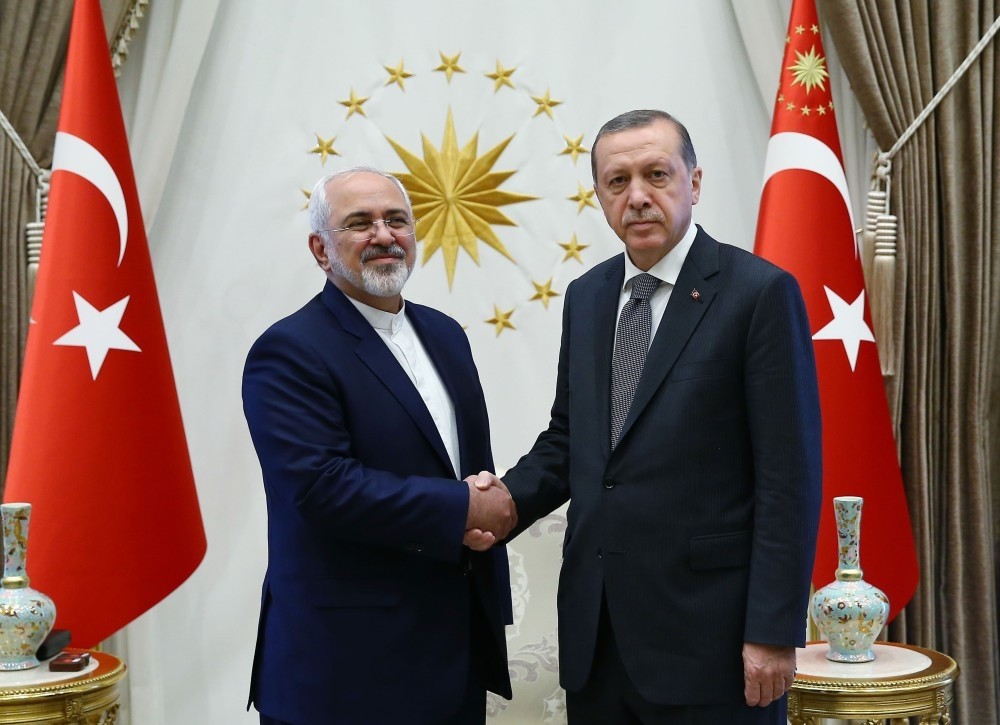 President Recep Tayyip Erdoğan stressed the significance of Syria in a recent interview he gave to Al-Jazeera, and said: "Russia, Iran, Iraq and Turkey must unite for Syria. … We are Syria's neighboring countries. We must discuss the issue of Syria with Saudi Arabia, Qatar and Jordan. However, we must no longer discuss Syria with those countries that do not have relations with it." Following the critical meeting between Erdoğan and Russian President Vladimir Putin, Foreign Minister Mevlüt Çavuşoğlu met Iranian Foreign Minister Javad Zarif on Friday in Ankara where the two ministers expressed mutual understanding on Syria's territorial integrity.

Çavuşoğlu said during a joint press conference on Friday that Turkey and Iran have a common understanding on the territorial integrity of Syria. "We have been underlining that Iran has had a constructive importance in establishing a permanent solution in Syria from the very beginning," he said. The two officials primarily discussed the ongoing Syria crisis along with regional matters. Çavuşoğlu said that energy cooperation had also topped the agenda of bilateral talks.

The agreement was also confirmed by Çavuşoğlu on the same day. As the two officials primarily discussed the ongoing Syria crisis along with regional matters, Çavuşoğlu said that energy cooperation had also topped the agenda of bilateral talks. Zarif also met with Prime Minister Binali Yıldırım as well as with Erdoğan behind closed doors.

At the press conference, Çavuşoğlu said that bilateral matters were discussed and added: "There are serious interests on increasing the rate of mutual investment. We are seeing that Iranian businessmen want to invest in Turkey and similarly Turkish businessmen in Iran. Our duty is to help them and we are aiming to increase our trade volume through this method." Regarding regional matters, Çavuşoğlu said that energy cooperation was one of the priorities on the agenda of the meeting and said that buying more natural gas, the price of the gas, as well as the transportation of Iranian gas and cooperation in energy was comprehensively discussed. Çavuşoğlu announced that Iranian Parliament Chairman Ali Larijani is set to visit Turkey and Economy Minister Nihat Zeybekci will travel to Iran for official talks. He also said that Turkey and Iran aim to increase their trade volume to $30 billion.

Commenting on the crisis in Syria, Çavuşoğlu said that he and Zarif exchanged thoughts, and said: "Though we have a difference of opinion on some matters, we have never cut our dialogue channels." Underlining the significance of Iran's role in Syria, Çavuşoğlu said that both countries see no difference between the PKK and its affiliates in Iran, the Free Life Party of Kurdistan (PJAK) and the Democratic Union Party (PYD) in Syria.

"We must combat radical terrorist organizations together. We will get stronger through our cooperation in finding permanent peace and solutions in Syria," Çavuşoğlu added. Also speaking at the joint press conference, Zarif said: "We are pleased by the cooperation between Turkey and Russia." He said that Turkey's security is Iran's security, and added: "There has always been positive dialogue between Turkey and Iran in regard to the Syrian issue. In order to establish security, peace and end the conflict in Syria, all sides must cooperate."
Last Update: Aug 13, 2016 8:02 pm
RELATED TOPICS