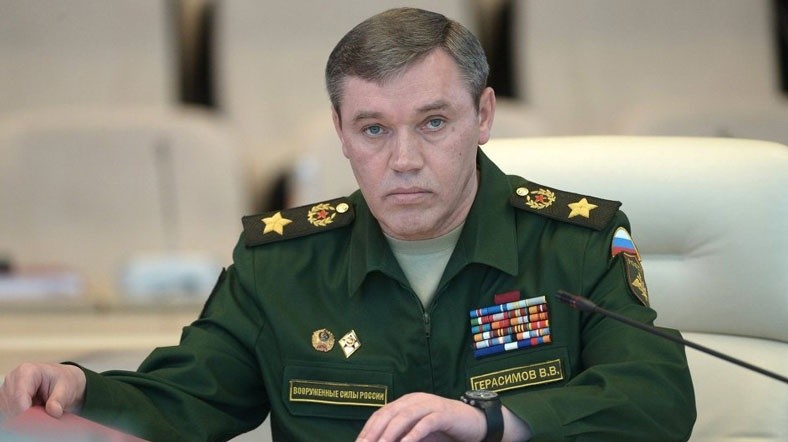 by daily sabah Aug 25, 2016 12:00 am
Russia's military chief of staff Valery Gerasimov will pay a visit to Turkey to meet his Turkish counterpart Hulusi Akar for the first time since a crisis in relations erupted following the shooting down of a Russian warplane over the Syrian border last year.

The two generals are expected to discuss the normalization of relations between the two countries and the recent developments in the area around the Euphrates River in Syria, as well as a possible military cooperation in the fight against Daesh.

The Turkish army launched a cross-border operation on Wednesday, named "Euphrates Shield", along with a U.S.-led coalition in Syria's northern border-city of Jarablus to clear the area of Daesh. Operations of the Turkish Armed Forces, which have been actively fighting Daesh, have contributed significantly to the ongoing efforts by the U.S.-backed international coalition against the terror group.

Jarablus is critical for Turkey, as Ankara has repeatedly asserted that liberating the city from DAESH terrorists would enable the coalition to establish a buffer zone in the area which would stop the influx of new refugees coming from Syria's other regions.

Ankara sees the PYD and its armed wing, the YPG, as eager to control Jarablus, a key city which would allow the terrorist group to connect their cantons from the west and the east to establish a "PYD corridor."

The PYD leader Salih Muslim wrote a message on his Twitter account early on Wednesday that reveals that the main aim of the terrorist organization has never been to fight DAESH. Dismayed by Turkey's entry into the northern Syria to fight DAESH, he said that the Turkish army would be defeated in Syria.

Although the PYD has other plans for northern Syria, Turkey's aim seems obvious. The aim of the Euphrates Shield operation in Syria is to clear DAESH from Turkey's southern border, Foreign Minister Mevlüt Çavusoğlu said on Wednesday.

Ankara will not stop at merely clearing DAESH from the southern border. Prime Minister Binali Yıldırım said on Wednesday that the operation led by Turkey to liberate the DAESH-held northern Syrian town of Jarablus will continue until YPG elements retreat to the east bank of the Euphrates.