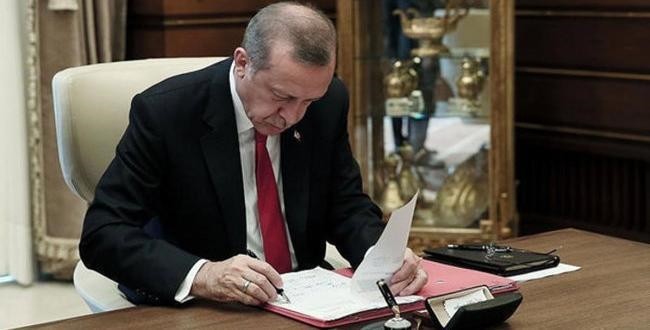 President Recep Tayyip Erdoğan on Wednesday approved a number of laws including the normalization deal with Israel, which was recently passed by the parliament. The deal is expected to restore diplomatic relations between the two countries, which will exchange ambassadors in the next few weeks.

The Law No. 6743 regarding the approval of the agreement between the Republic of Turkey and the State of Israel over compensation has been submitted to the Prime Ministry for promulgation, a statement by the Presidency said.

The Presidency also noted that President Erdoğan also approved the law regarding the establishment of a Turkish-Japanese Science and Technology University, as well as the energy cooperation agreement between Turkey and Venezuela.

According to the new agreement, Israel will pay $20 million in 25 days as a compensation for lost lives during Mavi Marmara flotilla raid and Turkey will drop all cases against the incident.

The deal was already approved in the Israeli Cabinet.