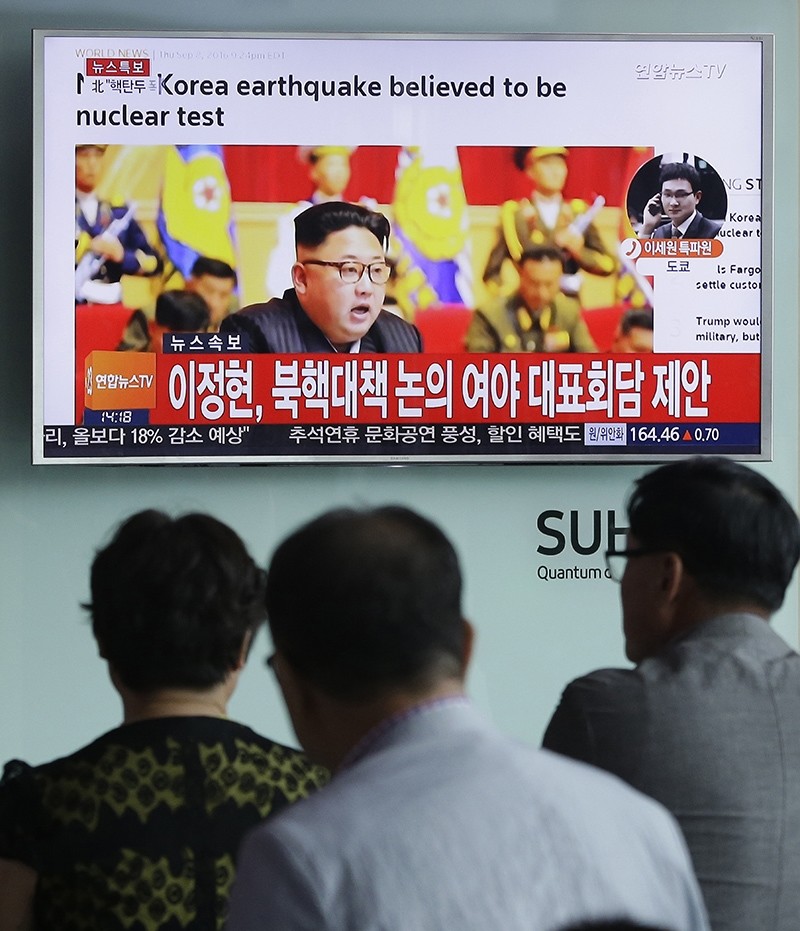 "We are concerned to learn that the Democratic People's Republic of Korea (DPRK) has conducted its fifth nuclear test today (Sept. 9, 2016)," said the Foreign Ministry in a statement.

The statement warned that the tests could damage regional peace and stability and also constitute a new and clear violation of UN Security Council Resolutions.

"Being an active supporter of endeavors against proliferation of weapons of mass destruction and their means of delivery, Turkey strongly condemns this test, as well as the ballistic missile launches of Sept. 5, and considers them a threat to regional as well as international peace and security.

"We expect Democratic People's Republic of Korea to immediately fulfill its international commitments," the statement added.

The test Friday was North Korea's fifth atomic test and the second in eight months. It reportedly caused a magnitude-5.3 earthquake on the Korean peninsula.