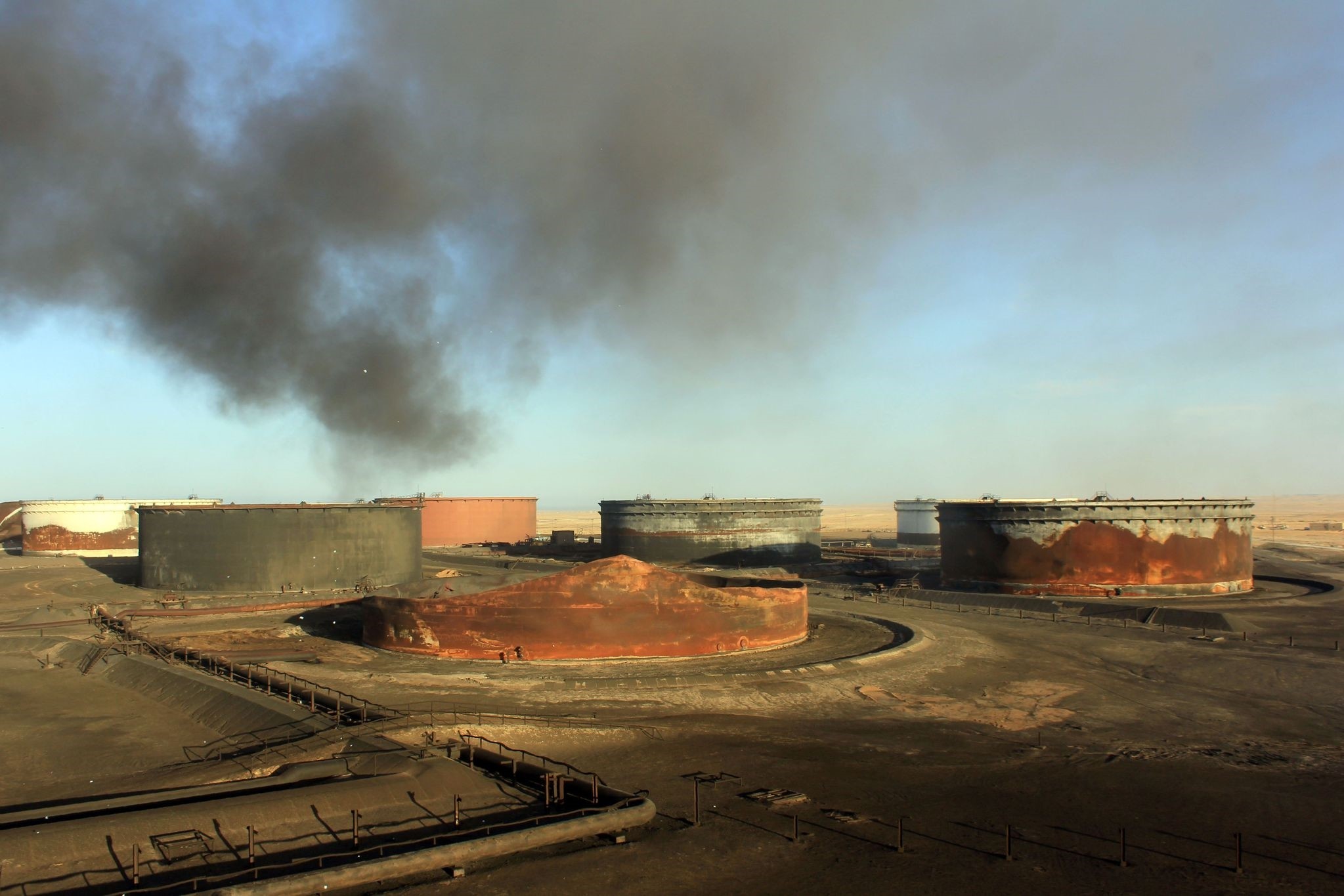 This file photo taken on January 8, 2016 shows smoke billowing from a petroleum storage tank after a fire was extinguished following fighting at Al-Sidra oil terminal. (AFP Photo)
by Anadolu Agency Sep 12, 2016 12:00 am

Haftar's forces on Sunday claimed to have seized full control of the Ras Lanuf and Sidra oil ports in eastern al-Bayda city from a militia loyal to the UN-backed unity government.

"We condemn attacks on facilities in Libya's al-Hilal oil area by groups/elements that challenge the authority of Libya's Presidential Council which has international legitimacy," the Foreign Ministry said in a statement.

"We expect the attacks to end soon," the statement said, going on to reiterate support for the Libyan Presidential Council.

The Libyan presidential council said Sunday that foreign groups to have participated in the attack on the oil fields.

This attack "was a brazen assault on national sovereignty," the council said in a statement.

Libya has been roiled by chaos since the ouster and subsequent killing of strongman Muammar Gaddafi in 2011.

Since Gaddafi's ouster, the country's oil production has dropped from 1.6 million barrels per day to about 200,000 barrels.