FETÖ member gets invitation, testifies before US congress 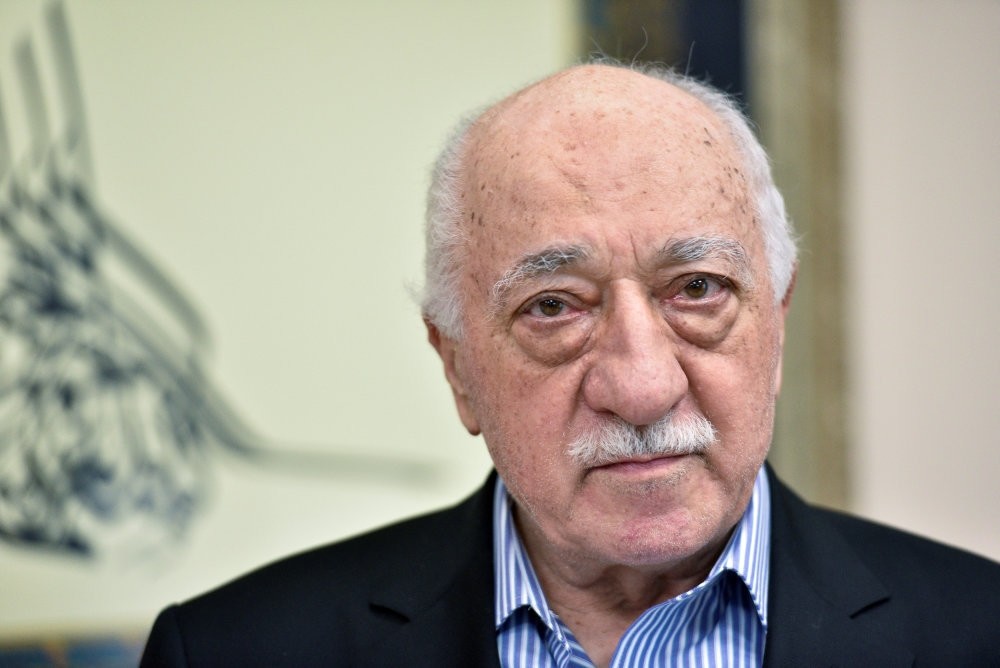 A member of the Gülenist Terror Group (FETÖ) was invited Wednesday to speak at a congressional panel on Turkey in Washington, a stunning move that could exacerbate tensions between Ankara and Washington.

Ahmet Sait Yayla was added to the list of speakers to address the House Foreign Affairs Subcommittee on Europe, Eurasia and Emerging Threats, just hours before the hearing on the July 15 coup attempt in Turkey. Yayla, who was chairman of the sociology department at Harran University in Turkey, and a former police chief, fled to the U.S. last November after it became public that he had links to FETÖ leader Fethullah Gülen.

Turkey revoked Yayla's passport and accused him of being a member of FETÖ, which carried out the coup attempt.

Allowing a Gülenist to address U.S. lawmakers is likely to further sour relations between Ankara and Washington, two allies that have not being getting along following disputes over Gülen's extradition.

During his panel presentation, Yayla not only defended Gülen as being free from involvement in the coup attempt, but he claimed the government and President Recep Tayyip Erdoğan plotted the overthrow.

Turkey has officially submitted to the U.S. all evidence that Gülen's network established a quasi-state within the Turkish state in an attempt to topple the government and ultimately tried to take over the state via a bloody coup attempt.

Turkish authorities also issued an official request for the extradition of Gülen under a 1979 treaty between Turkey and the U.S.

Even though Ankara insists on the extradition of the terrorist leader, Washington has so far seemed indifferent to the requests. The U.S. has asked for concrete evidence that Gülen gave the orders to stage a coup.

Recently, U.S. Vice President Joe Biden visited President Erdoğan and Prime Minister Binali Yıldırım, pledging to do whatever is necessary for the legal work of Gülen's extradition. He, however, also claimed that Ankara has to show concrete evidence.

It is unclear how Yayla was added to the speaker's list but remarks by the head of the subcommittee, Republican lawmaker Dana Rohrabacher, is likely to provide some insight.

Rohrabacher targeted the Turkish government in remarks before the panel and claimed he would not believe Gülen orchestrated the failed coup while demanding Turkey produce more concrete evidence about Gülen's link to the terrorist network in order for the U.S. to extradite him.

Turkey's ambassador to Washington, Serdar Kılıç, reacted to the hearing, calling it "biased" and "hostile."

"Biased & hostile approach displayed at the House Sub-Committee hearing today was disgrace to the principles of neutrality and fairness," Ambassador Kılıç tweeted.

"I expect the U.S. Congress to express concern about the way the Chairman of the House Sub-Committee conducted today's hearing on Turkey."

The other speakers on the panel included Aaron Stein from the Atlantic Council think tank, Alan Makovsky from the Center for American Progress, another think tank, and Nina Ognianova, Europe and Central Asia Program coordinator from the Committee to Protect Journalists.

Yayla's appearance triggered a reaction from a Turkish-American organization in Washington as well.

Turkish Heritage Organization Vice President Ali Çınar told Anadolu Agency his organization had been trying for weeks to have one of its experts added to the list of speakers but was denied the request on grounds the panel was limited to just three speakers.

"There were only three speakers on the list until yesterday but we regretfully saw that Yayla was added to the list today," Çınar said. "These kinds of stunning moves do not help better Turkish-American relations."