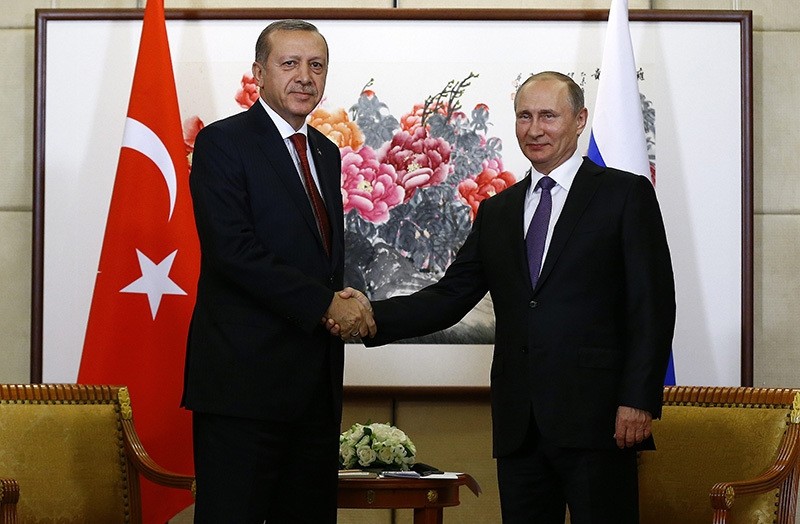 Russian President Vladimir Putin is expected to pay an official visit to Turkey in October, Union of Chambers and Commodity Exchanges of Turkey (TOBB) President Rifat Hisarcıklıoğlu said on Wednesday.

According to reports, Hisacıklıoğlu and a committee consisting of Turkish businessmen met with the First Deputy Minister of of Economic Development in Moscow.

He said that Putin's visit would focus on a number of issues including the Turkish Stream, and restoration of business ties between Turkey and Russia through lifting some restrictions imposed on Turkish businessmen following a jet downing crisis.

Press Secretary for the President of Russia Dimitry Peskov also confirmed that Putin may visit Turkey in October.

"We will make the necessary announcement when all preparations are complete" Peskov told reporters in Moscow.

Tension between the two countries settled when President Erdoğan expressed regret for the downing of a Russian military jet to Vladimir Putin back in June.