German lawmakers in Turkey to visit İncirlik air base 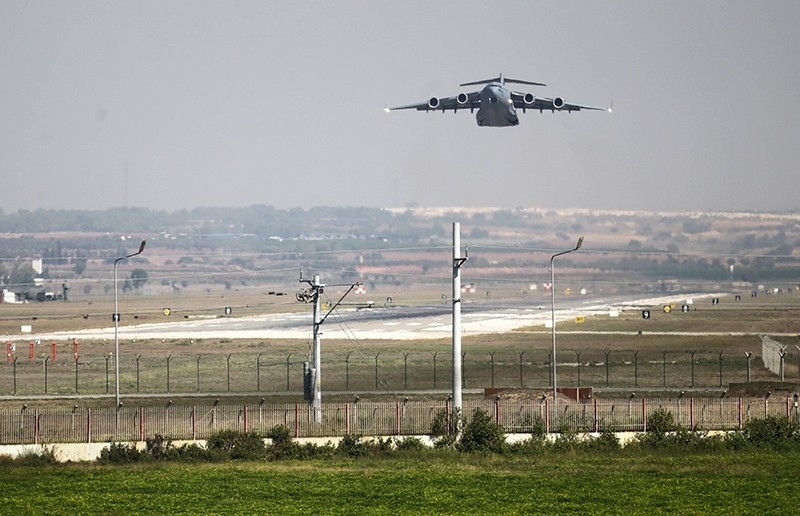 German lawmakers visited the Turkish Grand National Assembly on Tuesday ahead of their visit to their servicemen and women at the İncirlik Air Base in southern Turkey Wednesday.

They were welcomed by Yusuf Beyazıt, head of Parliament's defense committee.

It is the first visit by German lawmakers to troops manning Patriot missile batteries since Germany and Turkey fell out over a Bundestag vote that referred to the deaths of Armenian Ottomans in 1915 as genocide.

"The statement of the federal government on Sept. 2, 2016, has normalized relations after the genocide row," Beyazıt said, referring to Berlin's declaration distancing itself from the resolution. "I hope the 1915 incidents will not be a political issue in Germany anymore."

Karl Lamers, deputy chairman of the German parliament's defense committee, said: "The threat of Daish is a common threat that joins us and is also described by the United Nations as a threat for the peace of the world."

"Our visit to İncirlik Air Base is within this scope."

Turkish officials have blocked German political delegations from visiting İncirlik Air Base in response to a parliamentary resolution passed in Berlin in May that declared the 1915 events as genocide. On Aug. 29, Foreign Minister Mevlüt Çavuşoğlu said Turkey would authorize German parliamentarians to visit the air base; however, he reiterated that Germany would need to take the necessary steps.

"We do not permit those who irresponsibly play around with our history to visit our exclusive zones," Çavuşoğlu said, in reference to the motion.

The German Air Force has kept six Tornado surveillance jets and a refueling plane at İncirlik to contribute to the fight against Daish. Germany also announced that the country will invest 58 million euros into İncirlik, which will be spent constructing a new airstrip for reconnaissance jets and new barracks for soldiers that will meet their lodging needs as well as constructing modern temporary headquarters that will be used in operations.