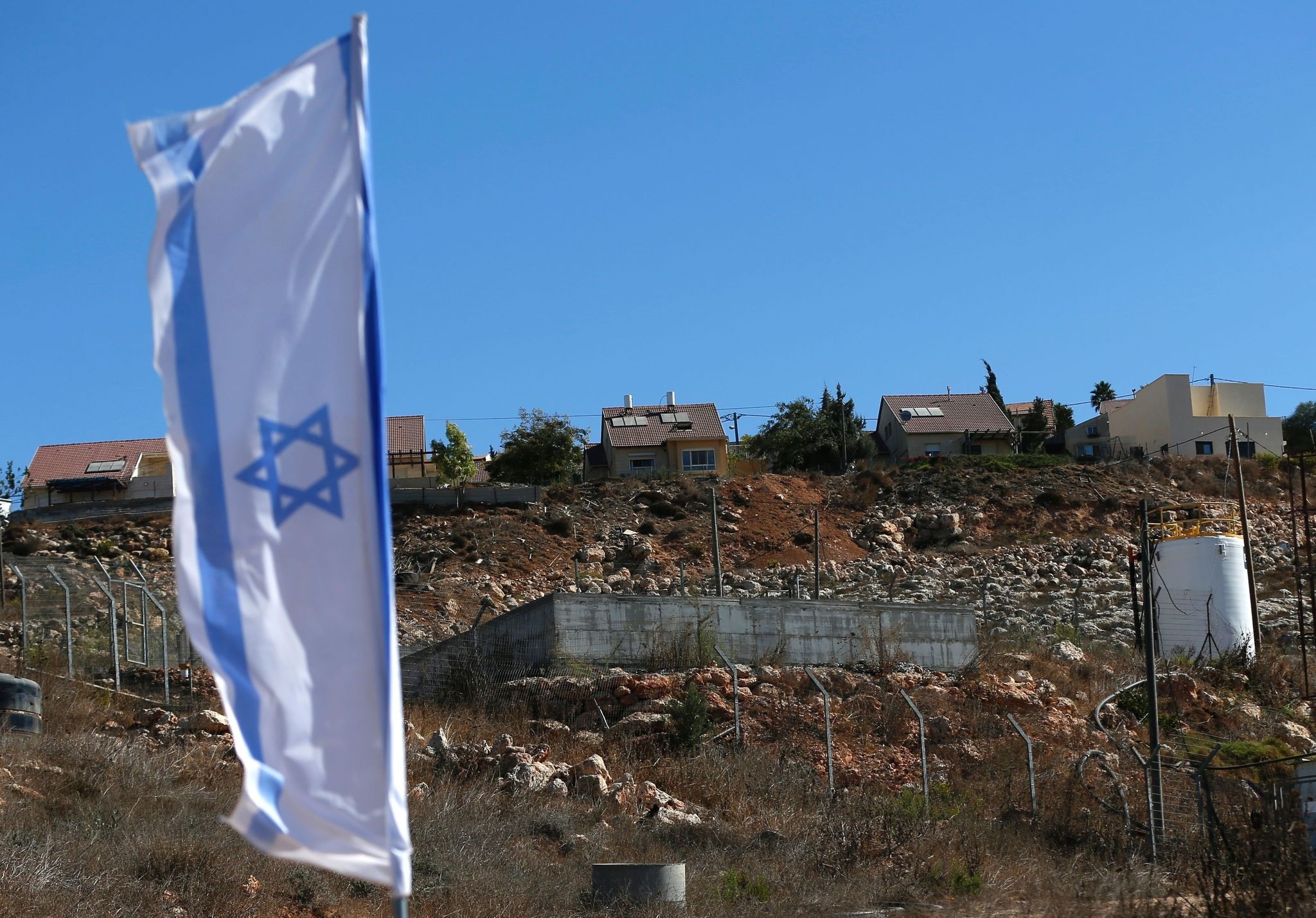 A picture taken on October 2, 2016 shows an Israeli national flag flying next to an Israeli building site of new housing units in the Jewish settlement of Shilo in the occupied Palestinian West Bank. (AFP Photo)
by Compiled from Wire Services Oct 05, 2016 12:00 am
The United States 'strongly condemned' Israel's decision to advance a plan for a new settlement deep in the West Bank, the State Department said on Wednesday, saying it would damage prospects for a two-state solution.

State Department spokesman Mark Toner said the move, which would create up to 300 housing units, undermined Israel's long-term security interests and prospects for a peaceful resolution of the Palestinian conflict.

Toner said the proposed new settlement was "deep in the West Bank," closer to Jordan than Israel, and would link a string of other Jewish outposts that would divide the Palestinian region.

In a strongly worded statement, the State Department said Israel's approval of 300 housing units in the West Bank "is another step towards cementing a one-state reality of perpetual occupation."

Washington has long opposed Israel's policy of building Jewish settlements on land in the West Bank that would be claimed by the Palestinians in any negotiated "two state" peace deal.

"Israelis must ultimately decide between expanding settlements and preserving the possibility of a peaceful two state solution," Toner said.

"It is deeply troubling" that Israel would make this decision shortly after it reached an agreement with Washington on U.S. military aid designed to bolster Israel's security, Toner said.

The United States will give Israel $38 billion in military assistance over the next decade, the largest such aid package in U.S. history, under a landmark agreement signed on Sept. 15.

In recent weeks, US officials have adopted a more forceful tone with Prime Minister Benjamin Netanyahu's government, accusing it of recklessly accelerating the program despite international concern.

But since then, Washington says, the practice has only accelerated, with new housing blocks being approved, local administrative boundaries moved and illegal settlements retroactively approved.