Turkey's ambassador to Germany returns to Berlin after four months 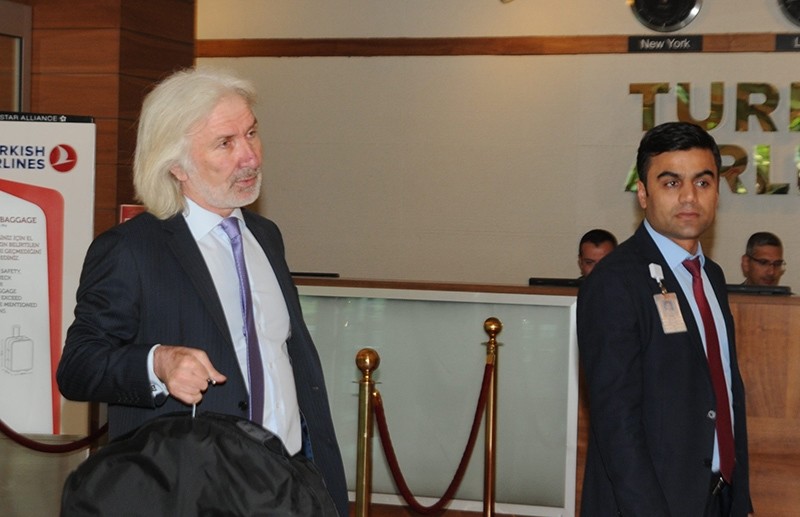 Ankara's ambassador to Berlin, Hüseyin Avni Karslıoğlu, returned to his post on Friday, after a four month pause which reduced diplomatic relations between the two countries to the charge d'affaires level.

According to reports, the ambassador arrived in Berlin on Friday and was welcomed by the ambassador undersecretary Ufuk Gezer and Consul General Başar Şen.

He is expected to be replaced by Ali Kemal Aydın soon.

Germany's Foreign Office State Secretary Markus Ederer welcomed the ambassador's return and said that the move was a crucial positive step in bilateral relations between the two countries.

In June, Turkey recalled ambassador Karslıoğlu for consultations to protest a controversial resolution passed by the German parliament, which recognized the 1915 events as 'genocide.'

Turkey also denied a German delegation's visit to İncirlik Air Base in southern Adana province, where German troops fighting in the coalition against Daish are stationed. The issue was recently resolved and the delegation visited İncirlik on Wednesday.

Germany has around 250 troops and several Tornado jets stationed at the base, a strategically important site in southern Turkey for the US-led air campaign against the Daish terrorist group in Iraq and Syria.