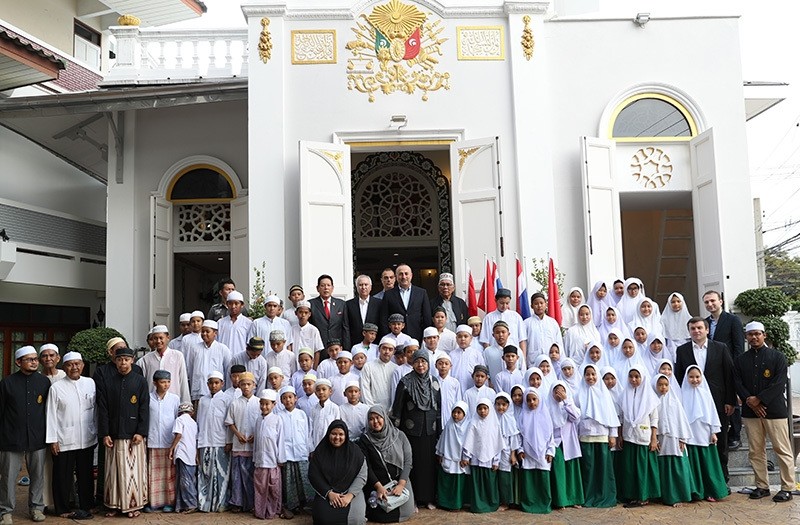 On Saturday, Çavuşoğlu visited Bang Uthit Mosque, which was initially built in the early 20th century by Thai Muslims and restored by Turkey's government-run Cooperation and Coordination Agency (TIKA) in 2015.

He was welcomed by children in the mosque yard brandishing Turkish and Thai flags.