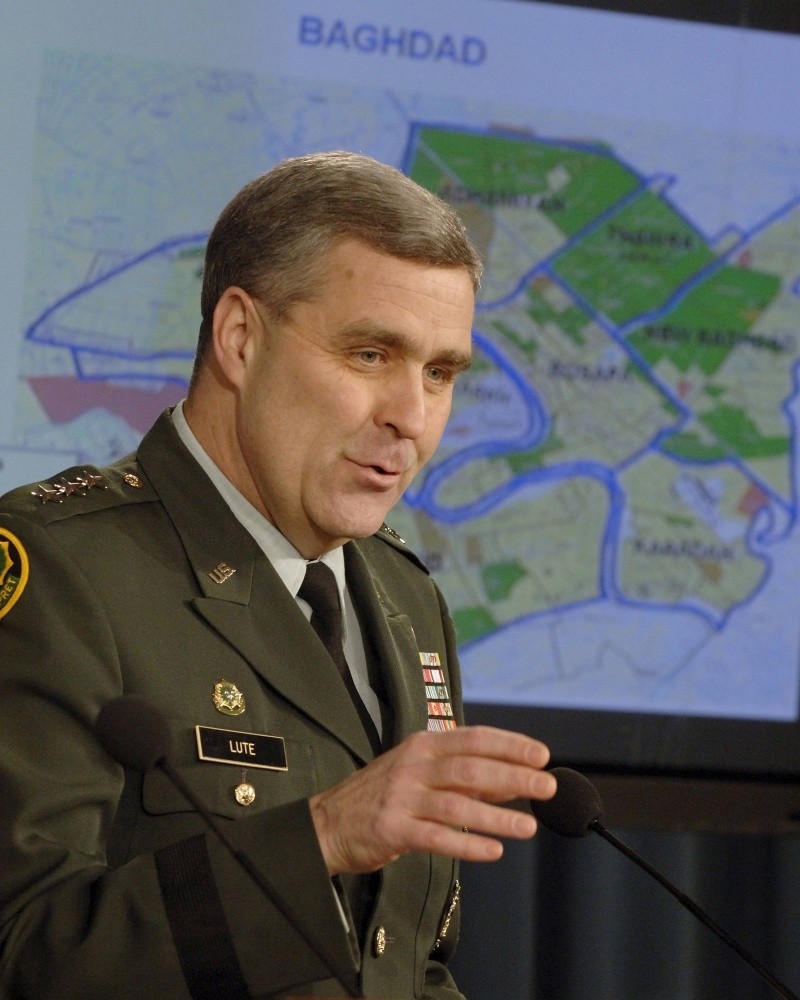 by Merve Aydoğan Oct 26, 2016 12:00 am
Describing Turkey's partnership in NATO as a "key cornerstone ally," U.S. Ambassador to NATO Douglas Lute also informed media during a telephone briefing on Tuesday that the 28-member alliance had been providing direct support with airborne warning and control system (AWACS) surveillance aircraft in the coalition fight against Daesh in Mosul since last week. Following the critical decisions taken at NATO's landmark summit in Warsaw in July, the alliance is now set to hold its Defense Ministers meetings on Oct. 26 and 27 at NATO headquarters.

The U.S. Ambassador to NATO Lute reported to the media the key matters on the meeting's agenda while praising Turkey's partnership, describing it as a "key ally, a cornerstone ally, because Turkey represents the southeast corner of the alliance geographically." Highlighting that the two key themes of the meeting are strengthening dialogue between NATO allies and projecting stability beyond borders, the U.S. envoy informed the press that NATO is currently at the execution phase of decisions taken at the Warsaw summit and added that the alliance will be focused on implementing decisions in the first half of next year.

As the NATO alliance awaits highly anticipated political activity across its member states in the upcoming year, Lute reminded the media of the closely approaching set of elections in the Netherlands, France and Germany, while Italy prepares itself for an important referendum on constitutional reform and the U.S. presidential elections coming up on Nov. 8. Touching on the U.S. Secretary of Defense Ashton Carter's visit to Turkey, Lute said "...Turkey represents the southeast corner of the alliance geographically. Turkey has to look south and southeast towards its borders with Syria and Iraq but also north across the Black Sea towards its border with Russia."

Responding to Daily Sabah's question on Turkey's involvement in the Mosul operation as part of the coalition and Defense Secretary Carter's statements regarding "an agreement in principle" between Turkey and Iraq, Ambassador Lute simply referred the matter to be discussed by Turkish and Iraqi officials and affirmed that neither the U.S. nor NATO is an arbitrator between the states. However, he did confirm that just prior to involvement in the Mosul operation, the U.S.-led coalition against Daesh had requested additional AWACS and that the first NATO AWACS support flight took place on Oct 20.

Though many wonder if NATO is actively involved in the Mosul operation against Daesh, the U.S. envoy said that the coalition and NATO are not separate but rather that both have common members. "All 28 allies, every NATO ally today is also a member of the counter-Daesh coalition," Lute added. He also mentioned that the Iraqi Prime Minister had requested NATO scale up the ongoing training of Iraqi forces which is currently taking place in Jordan, to Iraq. On that subject, the NATO Secretary General Jens Stoltenberg confirmed on Tuesday during a press conference that NATO "will expand (our) support into Iraq itself in the coming months."
RELATED TOPICS