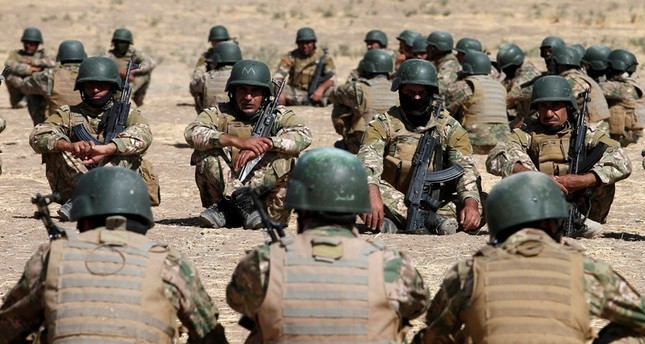 Foreign Minister Mevlüt Çavuşoğlu said that the main goal of Bashiqa Camp in Iraq was to train troops but the issue has created 'unnecessary tension.' Çavuşoğlu's comments follow a diplomatic spat between Turkey and Iraq over participation of the troops in the operation to liberate Mosul from Daesh terrorists.

Speaking at a Turkish school in Qatar during an official visit, Çavuşoğlu said that the purpose of Bashiqa Camp was to train local forces and led to unnecessary tension but Turkey continues its efforts to resolve the issue through diplomatic channels.

He noted that the undersecretary of the foreign ministry had visited Baghdad last week and now a delegation from Baghdad is expected to visit Turkey for further talks.

Çavuşoğlu also said that Turkey will support the constructive role of all countries in the issue as he noted Iraq is Turkey's neighbor and Turkey wants friendly relations with all of its neighbors.

In this regard, he thanked Iran for taking positive steps to mend relations between Turkey and Iraq and welcomed his Iranian counterpart Javad Zarif's statements saying Iran can act as an arbitrator.

Turkish forces in Bashiqa, located about 30 kilometers northeast of Mosul, had led to a diplomatic spat between Turkey and Iraq as the latter claimed that the forces were deployed without its consent, while Turkey said that Iraqi authorities were notified of the deployment and approved it, visiting the camp numerous times. Turkey said that Iraq's objection to the troops, amid the presence of Iranian Shiite militias and anti-Daish coalition forces, is pointless, while warning that the inclusion of Shiite militias and PKK terrorists in the Mosul operation might lead to ethnic and sectarian conflict.

The camp first came to the forefront in December last year during a routine military shipment. Baghdad complained about the Dec. 4 deployment of troops to the site near Mosul, calling it a violation of Iraqi sovereignty and insisting the Turkish forces be withdrawn.

Turkey said that 150 soldiers and up to 25 tanks were stationed in Bashiqa to protect Turkish servicemen who were training Iraqi volunteers to fight Daish. The training mission had reportedly been in operation since March 2015 and was not assigned to combat duties.

Meanwhile, Çavuşoğlu highlighted that the relations between Turkey and Qatar are getting stronger in almost all areas including defense and economy.

"Our views and position regarding regional issues completely coincide with each other" Çavuşoğlu said .