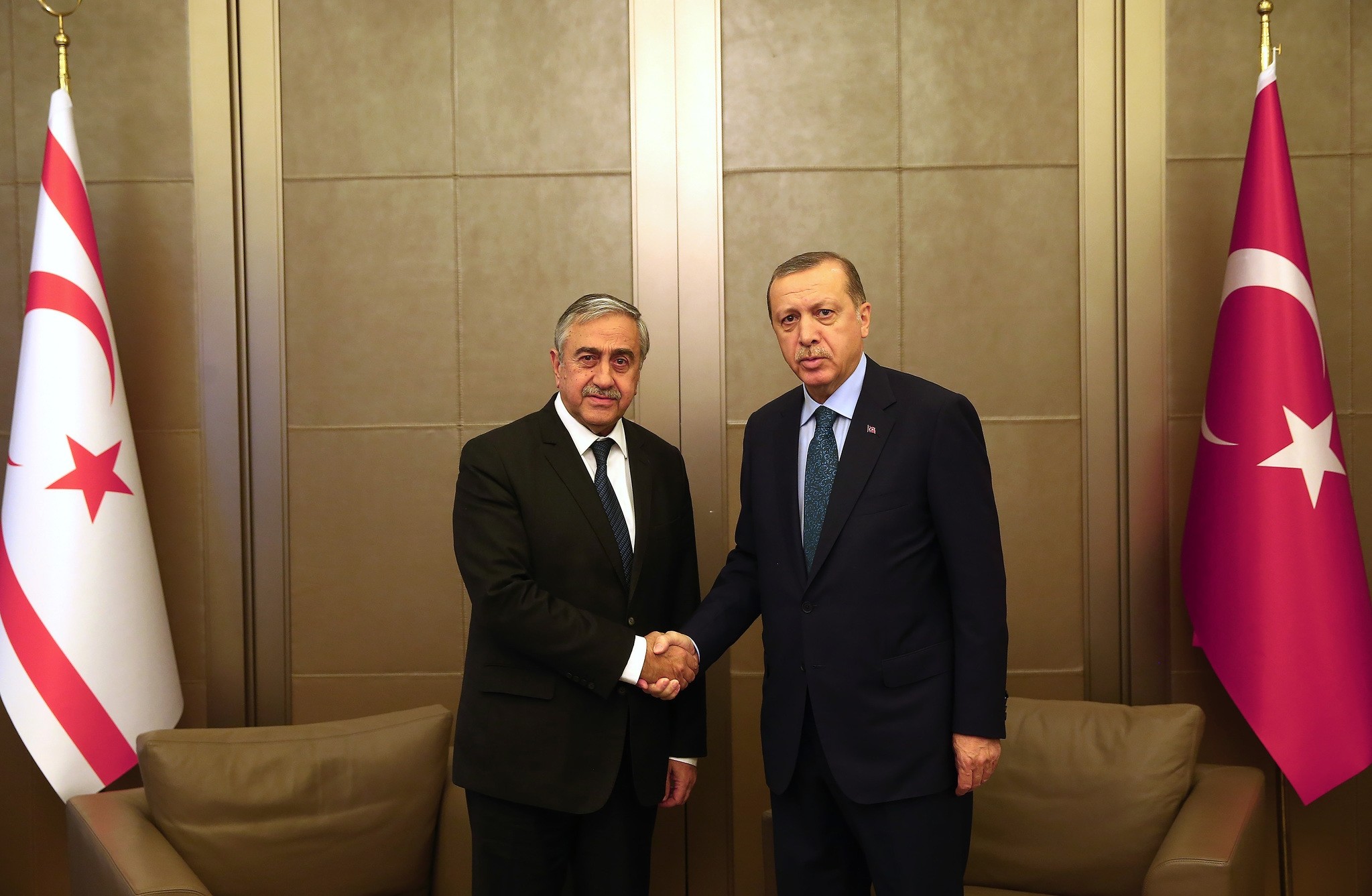 President Recep Tayyip Erdoğan and Turkish Republic of Northern Cyprus (KKTC) President Mustafa Akıncı met in Istanbul on Saturday evening to discuss the latest developments in reunification talks for Cyprus ahead of the much-awaited Mont Pelerin talks in Switzerland.

According to the president's office, in their meeting held at the Trabya Mansion, Erdoğan and Akıncı reiterated that they were determined to reach a peaceful solution on the Cyprus issue which will be discussed in talks in the Swiss resort of Mont Pelerin.

Underlining that these talks marked the beginning of a sensitive process for both sides, Erdoğan and Akıncı both agreed that the dual structure of the society in the island should be under legal guarantee.

Erdoğan also wished Akıncı the best of luck in the upcoming talks in Switzerland, the office added.

Greek Cypriot leader Nicos Anastasiades and Turkish Cypriot leader Akıncı are slated to meet for talks from Nov. 7-11 to pave the way for greater convergence between two sides split since a Greek coup in 1974.

The Swiss meeting will focus on proposed territorial trade-offs but will not be a make-or-break affair resulting in a fully-fledged agreement.

Anastasiades and Akıncı are both moderates leading their respective communities split for 42 years. Talks are focused on reuniting Cyprus as a loose federation of two constituent, largely self-governing states. That is very likely to entail moving a ceasefire line boundary now cleaving Cyprus east to west, and will be tackled in the talks .

Cyprus reunification talks resumed in May last year. The island was divided after a 1974 coup backed by a military junta in Athens was prevented by Turkey's intervention as a guarantor power.