'US in close contact with Turkey over Raqqa assault' 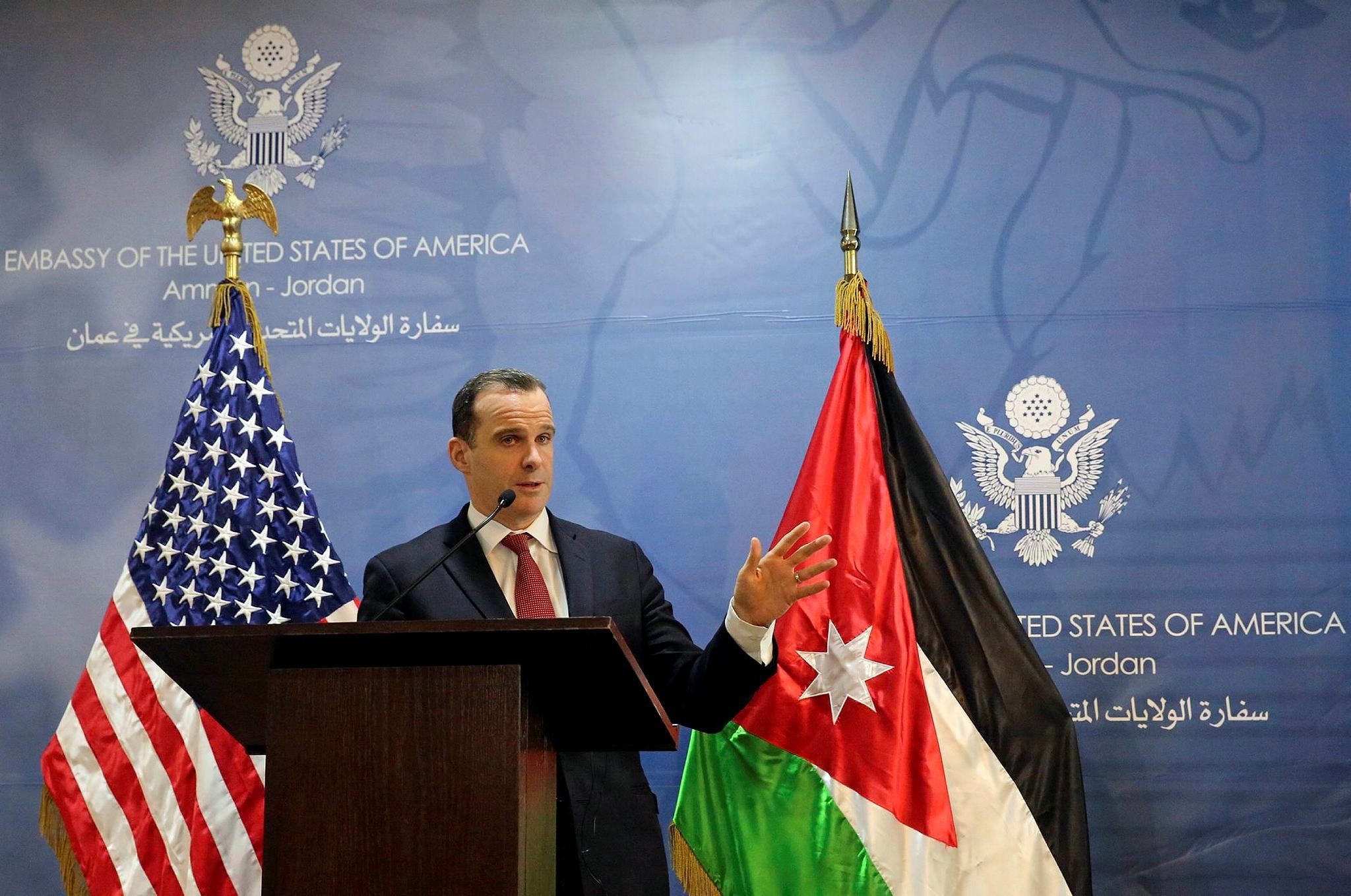 Brett McGurk, the White House envoy to the U.S.-led military coalition against Daesh, speaks during a press conference at the U.S. Embassy in Amman, Jordan, Sunday, Nov. 6, 2016. (AP Photo)
by Compiled from Wire Services Nov 06, 2016 12:00 am

Washington said it is in "close contact" with Ankara over the assault launched by the Syrian Democratic Forces (SDF), which is dominated by terrorists from PKK Syrian affiliate the Democratic Union Party's (PYD) People's Protection Units (YPG), to recapture Daesh bastion Raqqa in Syria.

"We are in close contact with our Turkish allies and that is why the chairman of joint chiefs is in Ankara today," Brett McGurk, President Barack Obama's envoy to the US-led coalition battling the extremists, told a news conference in the Jordanian capital Amman.

"We want this to be as coordinated as possible, recognizing that there will be a mix of forces on the field and that many of those forces, of course do not see eye to eye, but they do share a very common and still very lethal enemy," he said of Daesh.

Earlier on the same day, the U.S. Chairman of the Joint Chiefs of Staff Joseph Dunford made an unannounced visit for talks with his Turkish counterpart Hulusi Akar. The two generals discussed the ongoing fight against Daesh in Iraq's Mosul and the latest situation in Syria's Raqqa in Ankara along with a host of other regional developments.​