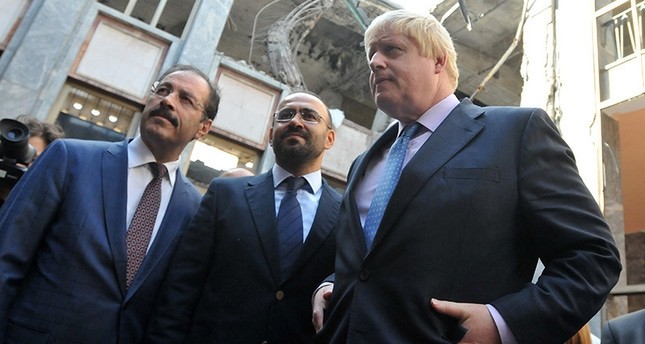 The United Kingdom held its first evidence session in Foreign Affairs Committee on Nov. 1 on the bilateral relations with Turkey and the Gülenist coup attempt of July 15. In the session, academics examined the diplomatic relations between the two countries and the coup bid.

Daniel Kaczynski, a deputy and also a member of Foreign Affairs Select Committee shared a tweet before the session, saying that the committee would discuss the coup bid, the fight against Daesh terrorist group and the security issues.

British Foreign Secretary Boris Johnson on September 27 visited the Grand National Assembly of Turkey, which was bombarded by fighter jets on the night of July 15 coup attempt led by Gülenist terror cult (FETÖ), and said that Britain will take action against Gülenists in the country.

"I came to the parliament to show my respect to the Turkish people who set their hearts against the attack on Turkish democracy" Johnson said, adding that the U.K. stands with Turkey.

He noted that the determination of Turkish people and their unified stance against perpetrators of the coup attempt was admirable.

Johnson said that FETÖ has many aspects of a cult and vowed to take action against their affiliates in Britain.

"We have to look now very seriously at the implications for so-called Gülenist organizations in our country," he added.