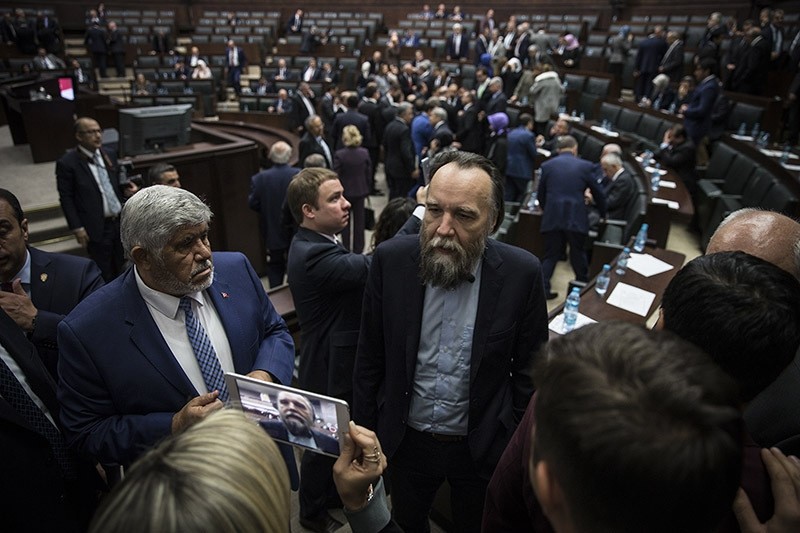 Dugin, who said earlier that Russia had warned the Turkish state authorities of the ongoing junta preparation one day prior to the failed coup attempt of July 15 organized by the Gülenist terror cult (FETÖ), visited the Turkish parliament.

He visited the site of the Turkish parliament, which was bombed by pro-coup jets on the night of July 15; he also had a short conversation with Prime Minister Binali Yıldırım, following the group meeting speech of the latter.

In response to the questions of Turkish journalists, Dugin said that he did not bring any private message from Putin; his presence in Ankara was to show the special friendship of Russia to Turkey.

On July 15, 2016 a FETÖ-led coup attempt took place in Turkey. FETÖ is designated as a threat to national security of Turkey and terrorist cult, and stands accused of a long sheet of crimes, the latest being the failed coup attempt in which 246 people were killed and 2,200 were injured.