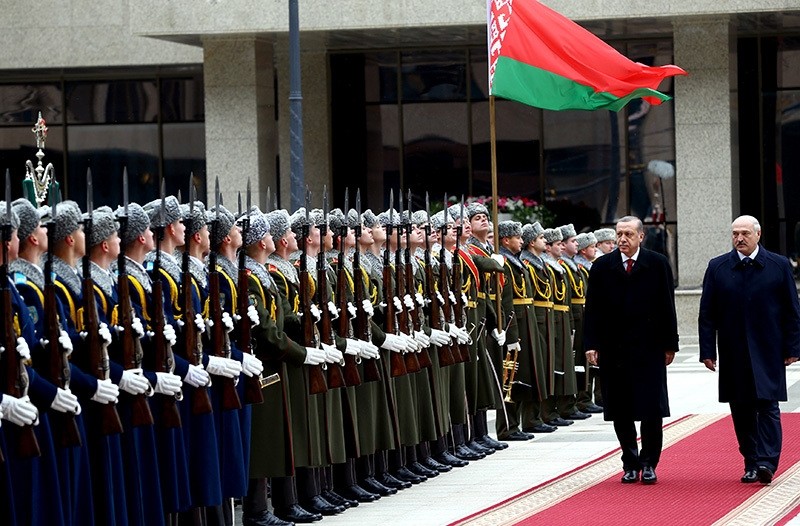 Turkey would like to boost economic ties with Belarus, and increase mutual trade volume up to $1 billion, President Recep Tayyip Erdoğan said Friday.

"There was a drop in the trade volume between 2013 and 2015. We can increase this to $1 billion in a very short time," Erdoğan told reporters along with his Belarusian counterpart Alexander Lukashenko in Minsk.

"This is not difficult [to do] when you consider the two countries have a combined population of 90 million," he said.

Erdoğan added that Turkish entrepreneurs had investments worth about $1.5 billion in Belarus.

"The steps that they [entrepreneurs] take together with the businessmen here [in Belarus] would be a win-win for both countries."

Lukashenko, for his part, expressed his pleasure over Erdoğan's first visit to the capital Minsk.

"With your visit, I am sure we can take our relations to the next level," he said.

Erdoğan will address the Turkish-Belarus Business Forum later on Friday. He is also expected to attend the opening ceremony of the Minsk mosque.