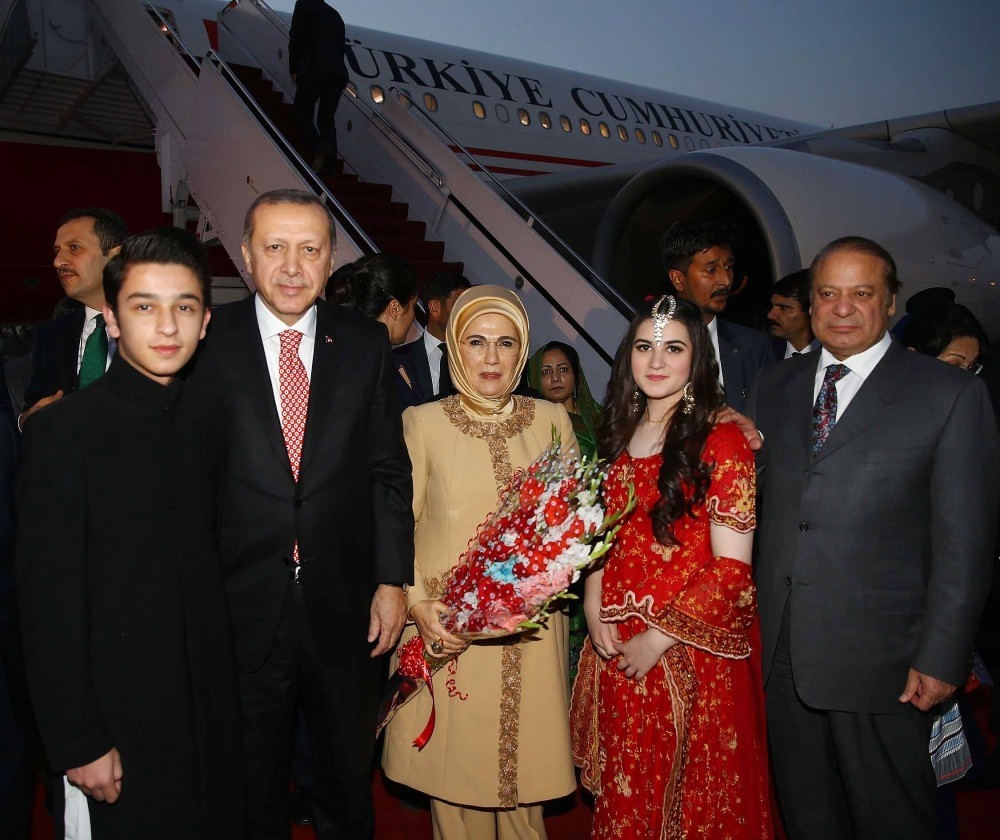 Erdoğan was scheduled to hold official talks with President Mamnoon Hussain and Prime Minister Nawaz Sharif and address the National Assembly of Pakistan in a joint session.

It is Erdoğan's second visit to Pakistan as president in addition to his previous several visits as prime minister.

The president also attended a meeting with businesspeople and Prime Minister Sharif and will visit Lahore afterwards.

Erdoğan will fly to Uzbekistan today and hold official talks with interim President Shavkat Mirziyoyev and discuss regional and international developments with him.

Presidential sources highlighted that Erdoğan's visit aims to develop and further strengthen relations and cooperation with both countries. The president will return to Turkey on Saturday.
RELATED TOPICS