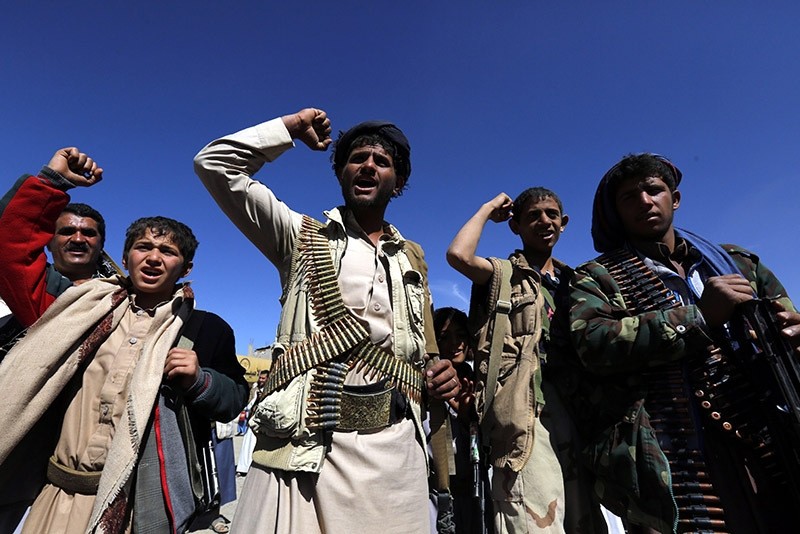 Turkish Foreign Ministry announced Thursday that Turkey would not recognize the new government formed by Yemen's Houthi movement in the war-torn country.

The ministry statement said the formation of a "national salvation" government was "illegitimate".

"It is clear that this illegitimate structure will not contribute to the efforts to find a lasting political solution to the problem in Yemen through the United Nations," the ministry added.

On Monday, the Houthis and allied forces of former Yemeni President Ali Abdullah Saleh announced from capital Sanaa -- which they captured in 2014 -- the formation of a "national salvation" government.

Headed up by Abdul Aziz Bin Habtoor, a former governor of Yemen's southern city of Aden, the new government is comprised of 35 ministers, including seven ministers of state and three deputy premiers. On Tuesday, the Yemeni presidency said the Houthi announcement was meant to undermine peace efforts in war-torn Yemen.

Similar condemnations of the Houthi government were made by the Arab League and the Organization of Islamic Cooperation (OIC).

Yemen has been racked by chaos since late 2014, when the Houthis and pro-Saleh forces overran Sanaa and other parts of the country, forcing President Abd Rabbuh Mansour Hadi and members of his Saudi-backed government to temporarily flee to Riyadh.

Two rounds of UN-backed peace talks have failed to resolve the raging conflict, in which thousands of Yemenis have been killed and some 2.5 million forced to flee their homes.