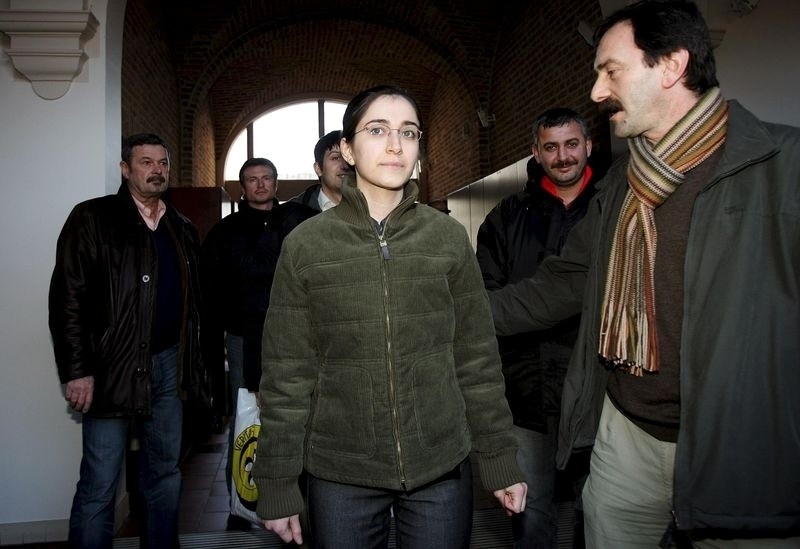 The court in Belgian city on Brugge will announce its sentence on Jan. 2.

Erdal's Belgian lawyer Paul Bekaert recused from the case and did not leave a mandate for the local bar association to appoint a new lawyer for the defense of Erdal.

Erdal was involved in the killing of prominent Turkish businessman Özdemir Sabancı in 1996. After being hired as maintenance staff by Sabancı Holding, Erdal assisted other DHKP-C militants, Ismail Akkol and Mustafa Duyar, to enter Sabancı Towers in Istanbul to assassinate Sabancı along with Haluk Görgün, the general manager of ToyotaSA, and secretary Nilgün Hasefe.

Erdal had fled first to Greece hiding in a truck and then to Belgium after the murder She was first captured by Beigian authorities with a fake passport when her flat caught on fire in 1999, and tried in court. After serving a year in prison, Erdal was taken into house arrest, where she fled in 2006.

In 2007, a court decided to bring a lawsuit on Erdal for crimes committed in Turkey; however, it was later overturned. She was acquitted of all charges in 2008 and went missing. Belgium does not recognize her as a terrorist and describes her as a "gang member."

The judiciary process was reinitiated upon Sabancı family's application, and on May 25, a court ruled decided to try Erdal in Belgium.

A recently acquired video from March showed Erdal in a meeting with other DHKP-C members. Obtained from Belgian sources, the video raised the question of why Belgian police are yet to capture her, despite their awareness of her membership in a banned terrorist organization in Turkey.

The second suspect in Sabancı murder, Akkol was captured in February 2016 in Turkey's western Aydın province 20 years after the incident. Upon his release from prison in July 2015 by Greek authorities after roughly spending one year in jail, Akkol was on the run in Greece, which has long been a favorite hideaway for terrorists from the DHKP-C and the PKK. Terrorists fleeing Turkey took shelter in refugee camps in Lavrion near Athens under the guise of asylum seekers, especially in the 1980s.

Along with Akkol, Fadik Adıyaman, another member of the DHKP-C, was taken into custody, and the two suspects were found to be in possession of rifles and explosives and were reportedly on their way to carry out a terrorist attack on an unspecified target.

Third suspect in Duyar, who surrendered months after the murder and plead guilty, was killed during a prison riot in 1999 while he was serving his sentence for the murder.

Even though Turkey deported Ibrahim el-Bakraoui, one of the suicide bombers in March's Brussels attacks, from the southeastern province of Gaziantep in July of 2015, Belgium has rejected Ankara's repeated demands to extradite PKK and other terrorist group members and continues to allow them to live free. Ankara has demanded that 30 accused terrorists be extradited from Belgium, but 20 extradition orders were rejected, while the processes for nine are still pending and one was for Fidan Doğan who was murdered in Paris.

The DHKP-C, in addition to attacks against Turkish security forces, are responsible for the suicide bombing at the U.S. Embassy in the capital Ankara that killed a Turkish security guard and injured a journalist in February 2013.

The group is an offshoot of a Marxist-Leninist movement that was established in the 1970s. It was founded in the 1990s after it splintered off from a larger group of far-left organizations responsible for a string of attacks that include the assassination of two politicians in 1980 and several intelligence officials.