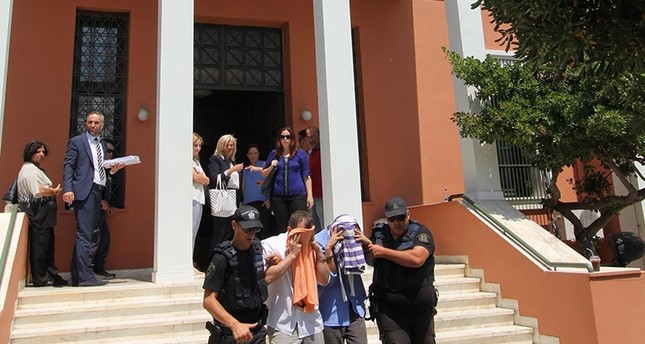 A Greek court ruled against the extradition to Turkey of three soldiers linked to the Gülenist Terror Group (FETÖ) who fled to Greece after the July 15 coup attempt, their lawyer and court officials said on Monday.

A total of eight soldiers affiliated with FETÖ, including three majors, three lieutenants, and two sergeant majors, fled Turkey on a Sikorsky helicopter and landed in Alexandroupolis (Dedeağaç).

Shortly after the coup attempt, Greek Prime Minister Alexis Tsipras telephoned President Recep Tayyip Erdoğan to confirm that "whatever is necessary" would be done to ensure the extradition of the eight Turkish military officers who fled to Greece after Friday's failed coup attempt.

Tsipras said there is no room for coups in democratic countries and the Greek government stands by and respects the elected government of Turkey and the will of the Turkish people.