'Some want to wash their hands clean in Syrian issue before they leave,' says FM Çavuşoğlu 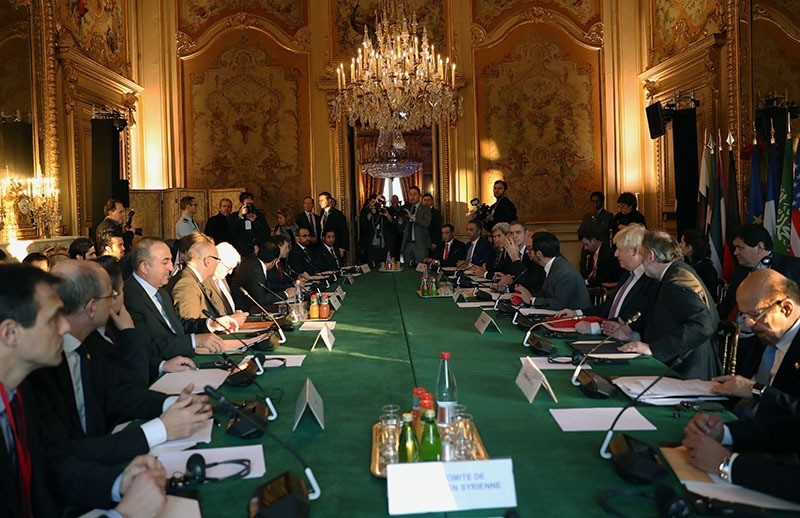 Following another unproductive meeting with changing approaches on the worsening humanitarian conditions in Syrian conflict, Turkey's Foreign Minister Çavuşoğlu said that some people are trying to wash their hands clean in five-year-long bloodbath, implying the outgoing U.S. administration

Some people want to wash their hands clean in Syria, Turkey's Foreign Minister Mevlüt Çavuşoğlu said Thursday after no outcome came out of the like-minded countries on resolving the Syria conflict which he attended on Saturday in Paris.

Çavuşoğlu said that the ministers discuss a different topic every time they come together and no result is reached in the meetings.

The ministers discussed in today's meeting whether it would be possible for all opposition groups to leave Aleppo, Çavuşoğlu said, after previous meeting's issue of whether Nusra Front should leave and other groups to stay in Aleppo.

Regime and its supporters are constantly bombing Aleppo, civilians are dying and it is impossible for humanitarian aid to reach now, which was already problematic, Çavuşoğlu said.

"Some want to wash their hands clean before they leave. They don't think what will happen with lives of people in Syria. '[They say] I should at least get something before I leave, no matter who will benefit it from.' This was the understanding behind all the failures in Syria so far, all these dramas, failures against Daesh, cooperating with wrong groups, terror organizations," Çavuşoğlu added.