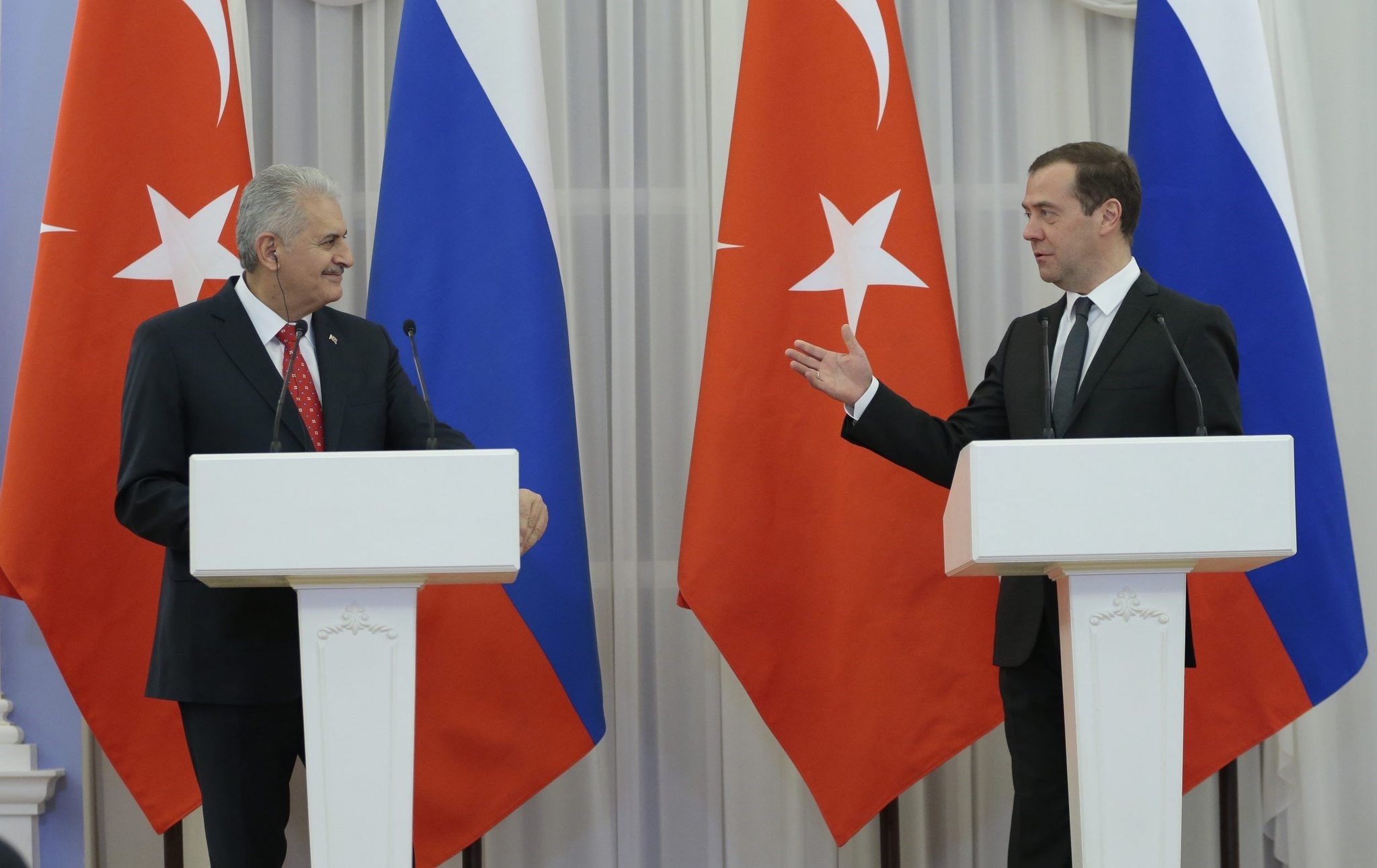 Turkish Prime Minister Binali Yıldırım and his Russian counterpart Dmitry Medvedev spoke over the phone about the current evacuation process in the Syrian city of Aleppo late Thursday, according to a Turkish Prime Ministry source.

Yıldırım called on Medvedev to use Russia's "influence" on its stakeholders in Aleppo, the source, who spoke on condition of anonymity due to restrictions on talking to the media, said. He said the evacuation from Aleppo should be carried out without harming civilians.

He also informed Medvedev about the measures taken by Turkey regarding the evacuation of civilians and enhancing the humanitarian situation.

Medvedev, for his part, said Russia will continue to give support to the evacuation process and cease-fire in Aleppo, adding that both sides in Syria should be "encouraged" to reach a political solution.

The source said the premiers also discussed bilateral relations, particularly in the energy and trade sectors.

According to an agreement between the Assad regime and Syrian opposition groups, civilians evacuated from eastern Aleppo will continue to head towards Idlib, which is located near the border with Turkey.

On Thursday, the first group of people evacuated from Aleppo reached the opposition-controlled safe zone in Syria, according to Turkish Deputy Prime Minister Veysi Kaynak.

Around 80,000 civilians are believed to have been trapped in these areas.