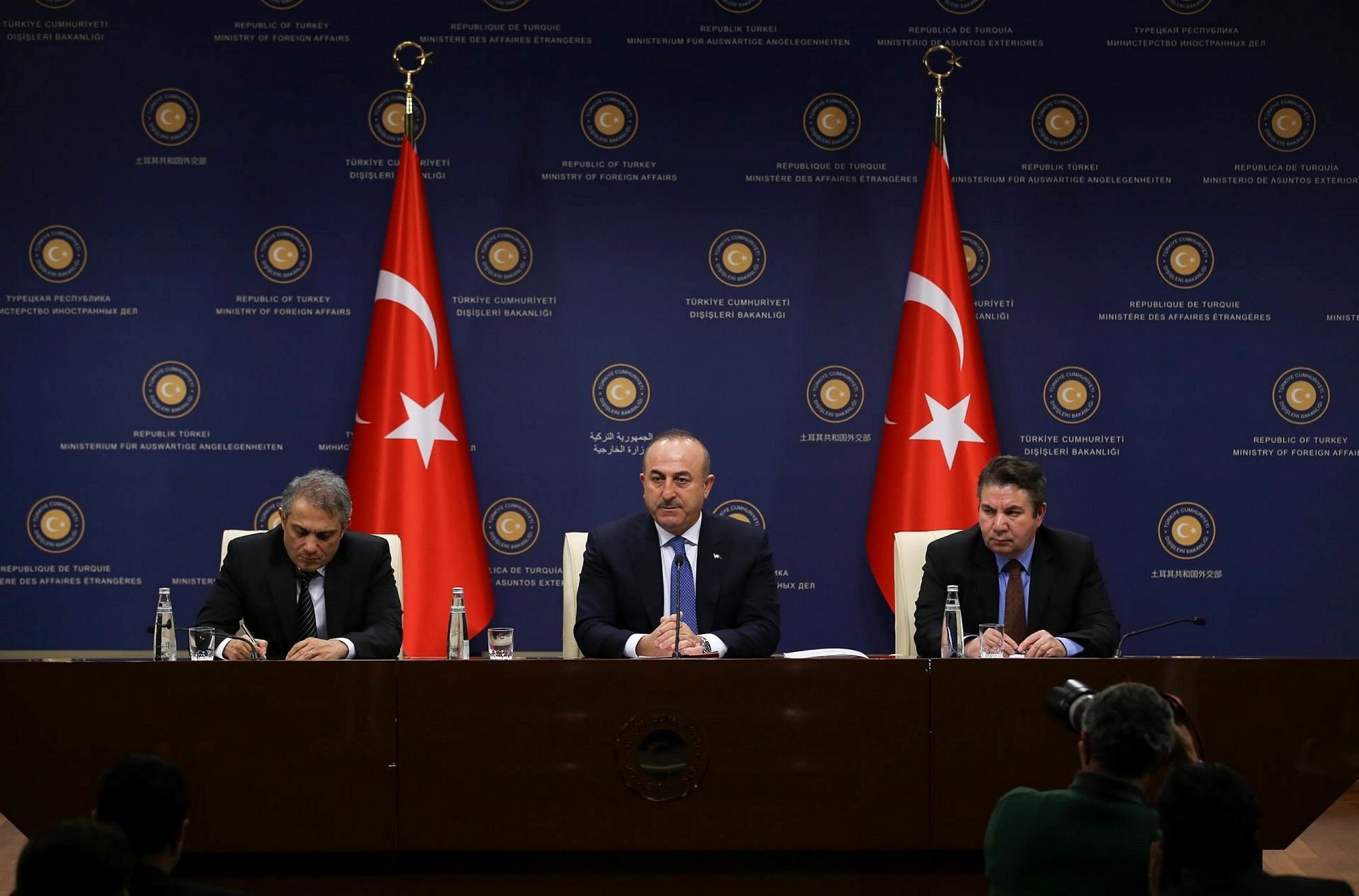 | AA Photo
by Daily Sabah Dec 16, 2016 12:00 am
Foreign Minister Mevlüt Çavuşoğlu said he has reached out to Iranian officials to keep the evacuation from Aleppo on track after reports Iran was responsible for resuming hostilities.

On Friday, the evacuation of the last opposition-held areas of the Syrian city of Aleppo was suspended after Iran-backed militias demanded that wounded people should also be brought out of two Shiite villages being besieged by fighters.

The second day of the operation to take fighters and civilians out of Aleppo's opposition enclave ground to a halt amid recriminations from all sides after a morning that had seen the pace of the operation pick up.

Russia said the Syrian regime had established control over all districts of eastern Aleppo although regime soldiers were suppressing isolated areas where opposition fighters continued to resist.

Opposition sources accused pro-government Shiite militias of opening fire on buses carrying evacuees from east Aleppo. Road blocks went up and a bus convoy was forced to turn back.

A Syrian opposition source said all groups besieging the villages had now agreed to let injured people out and the evacuation could start as early as Friday.