Turkish, Russian and Iranian FMs to meet on humanitarian crisis in Syria 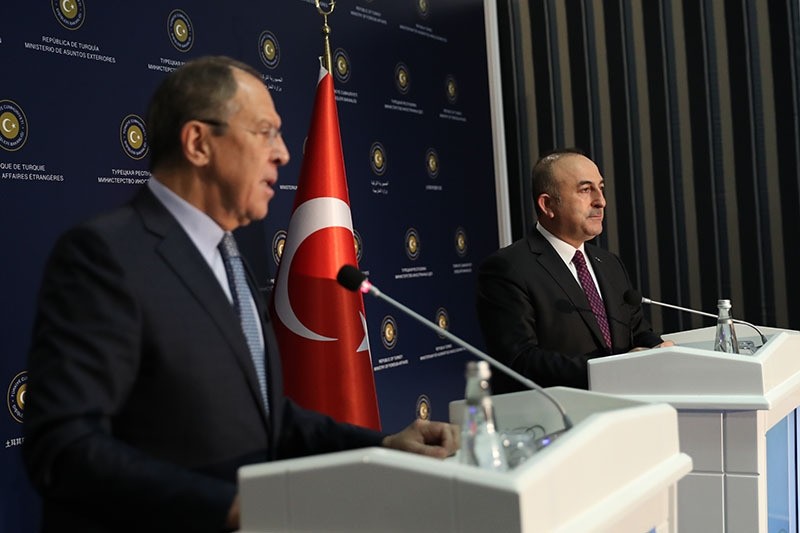 Turkish, Russian and Iranian foreign ministers are expected to meet in Moscow on December 20 to discuss the Syrian crisis amid recent diplomatic traffic between Turkey, Russia and Iran over the humanitarian crisis and the evacuation operation in Aleppo.

The defense ministers of the three countries will also hold a meeting on the same day, Russian military said.

The head of the Russian Duma later confirmed that scheduled talks between the foreign ministers of Russia, Turkey and Iran will take place despite the assassination of Russian ambassador to Ankara Andrey Karlov on Monday evening.

Karlov was killed following an attack by a gunman during the opening of an art exhibition in the Turkish capital.

It said they will discuss ways to resolve the Syrian conflict and help implement U.N. Security Council's resolutions on Syria.

Bilateral talks between the officials of the three countries have been continuing since the evacuation operation, which aims to carry wounded civilians and moderate opposition from eastern Aleppo, began.

It was previously reported Sunday that dozens of buses had begun entering the last moderate opposition-held parts of Aleppo to resume the evacuation of thousands of increasingly desperate Syrian civilians trapped in the besieged enclave.

The seriously wounded were first brought to a safe zone in western Aleppo and then to Idlib before being sent to Turkey, the sources stated.

More wounded from Aleppo are expected to be treated in Hatay, the sources added. Turkish officials have been making tremendous effort to ensure the safe evacuation.