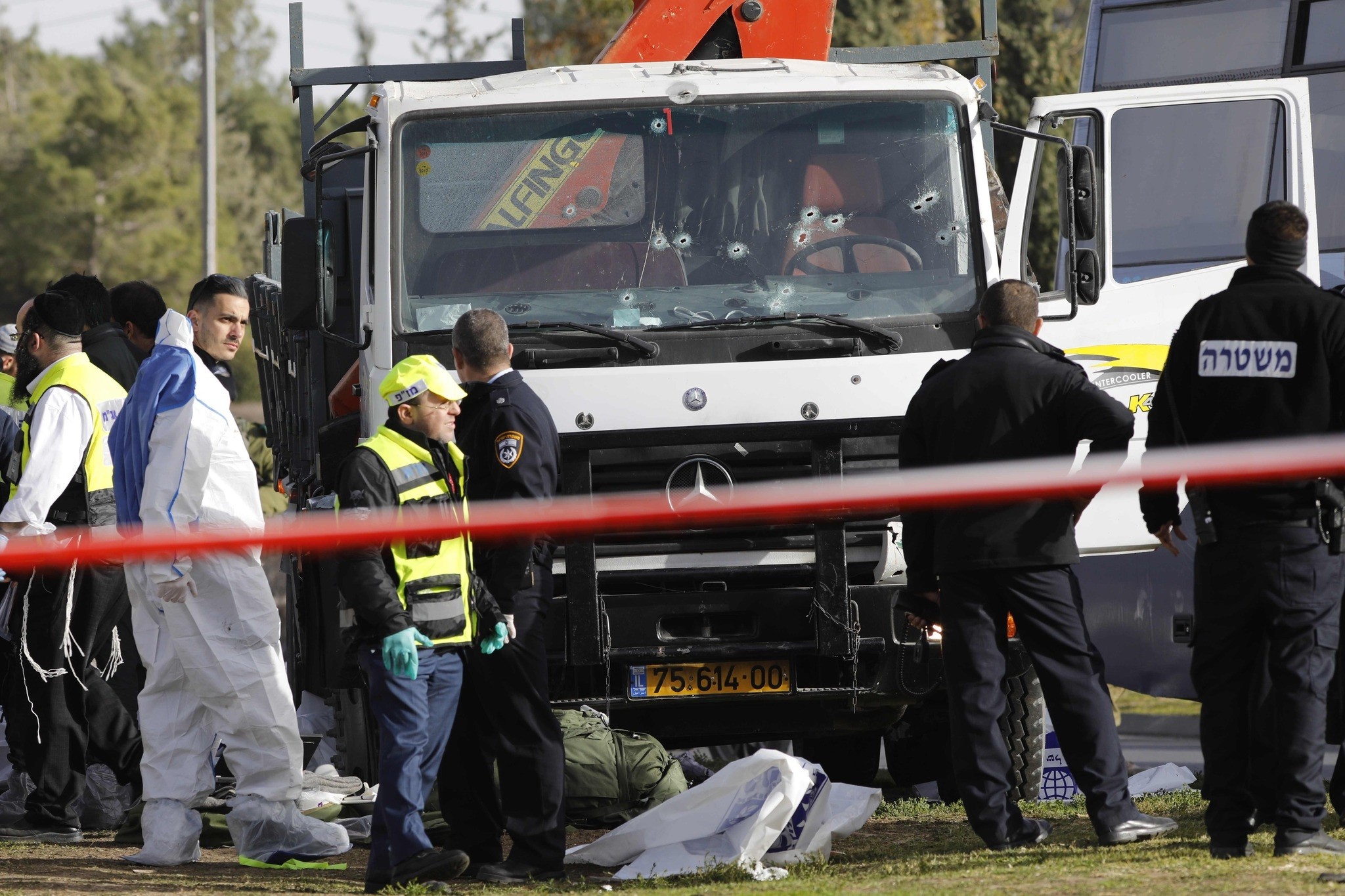 Prime Minister Binali Yıldırım condemned on Sunday the attack in Jerusalem in which five people, including four Israelis and an alleged Palestinian attacker were killed.

Speaking at Esenboğa International Airport in capital Ankara following his official visit to Iraq, Prime Minister Yıldırım offered his condolences for the victims in the Jerusalem and Baghdad attacks.

Israeli Prime Minister Benjamin Netanyahu said the indications showed that the assailant was a Daesh supporter.

The Israeli military said three cadets and an officer were killed while 17 others were injured. The Times of Israel website reported the soldiers were in the area as part of regular trips to historical and cultural sites organized by the army.

Speaking from the scene, Netanyahu condemned the attack, comparing it to similar attacks using heavy vehicles in Germany and France.

"We know the identity of the attacker and according to all the signs the terrorist is a supporter of Daesh," Netanyahu said, adding that the attack may be connected to other similar attacks.

"The attack that occurred in Jerusalem and recent attacks is part of the same pattern inspired by the Islamic State [Daesh], by ISIS that we saw first in France, then in Germany and now in Jerusalem. We are fighting this plague, and will defeat it together," he said.