'We have to re-engage with Erdoğan on Syria,' Rex Tillerson says 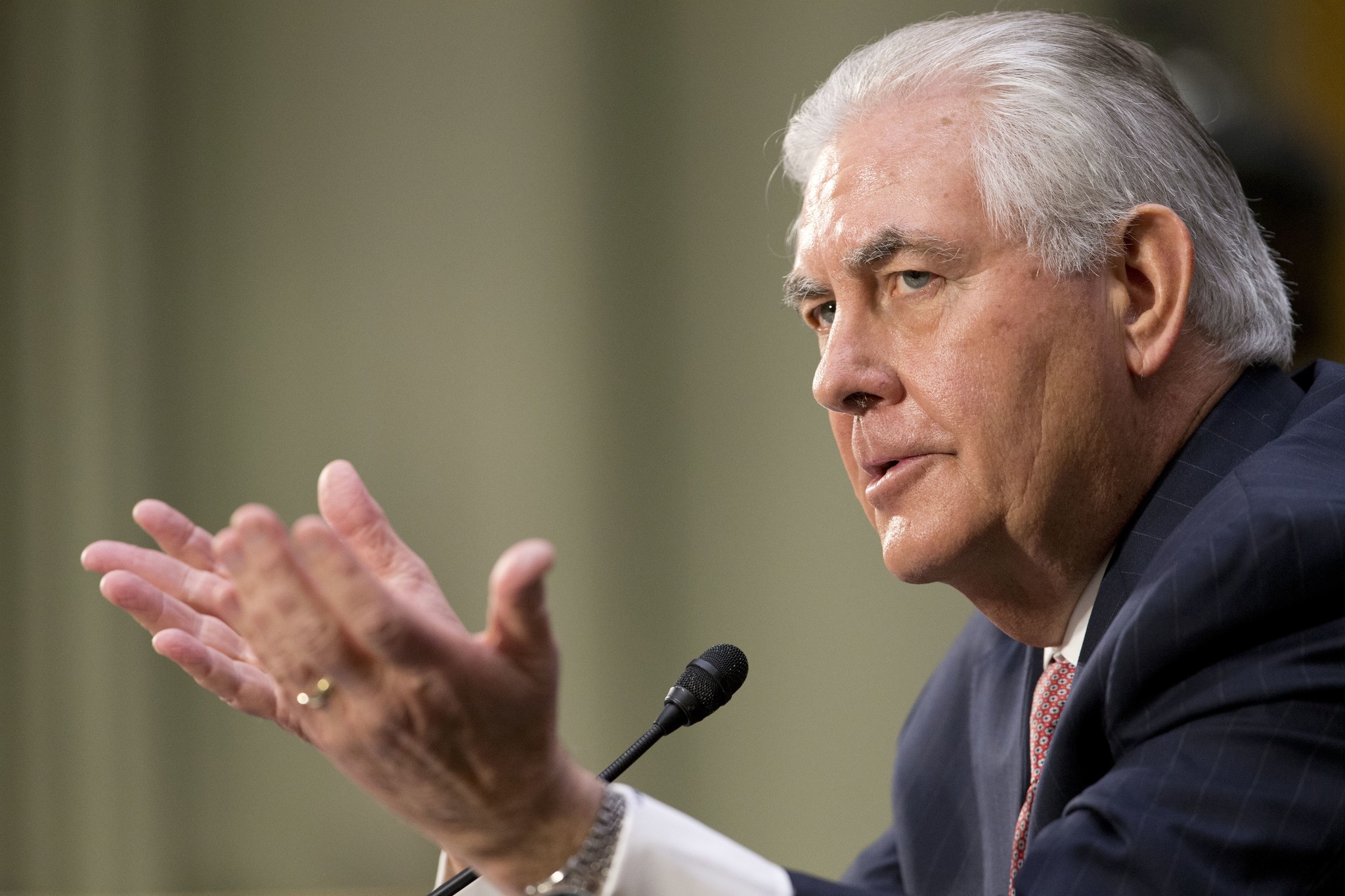 Former Exxon-Mobil CEO and U.S. President-elect Donald Trump's pick for Secretary of State Rex Tillerson told the Senate Foreign Relations Committee on Wednesday that the U.S. has to re-engage with President Recep Tayyip Erdoğan to get a seat at the Syria and Middle East table.

"The first step we have to take is to re-engage with our traditional allies and friends in the region. We are back with our leadership and a plan. Russia, Turkey, and Iran are dictating the terms in Syria, absent our participation," Tillerson told in his confirmation hearing upon a question casted by a senator on the failing U.S. leadership in Syria.

Tillerson said, "We have to re-engage with President Erdoğan in Turkey, this is a long-standing NATO ally. Due to the absence of U.S. leadership, he got pretty nervous about the situation. He has turned to his next available ally, he has turned to Russia. To make it clear to him, this is not a sustainable ally. Your sustainable alliance is with the United States."

Tillerson said the first step to re-claim U.S. leadership would be re-engaging with traditional allies and re-establishing the fact that how important Israel is for U.S. national security. "Then we will have a plan to protect civilians in Syria," he said.

The second step in Syria would be defeating Daesh, to provide some sort of stability in the country, and then the fate of Syrian people would be on th table, according to the next U.S. Secretary of State.

Tillerson also concurred that Daesh policy must be changed from containment to destruction, and the U.S. wouldn't be in this position in the region had it not failed to keep its word on the redline drawn by outgoing U.S. President Barack Obama in Syria.

Asked about his strategy against Daesh in the region, Tillerson acknowledged his intention to support Syrian Kurds, otherwise known as YPG, which is U.S. designated terror group PKK's Syrian arm.

He said that in order to defeat the imminent threat posed by Daesh the U.S. should use the forces that are already there, including the YPG, which he described as great U.S. allies, and recommit to them by supporting them with new capabilities to advance on Raqqa.

Tillerson's comments, if realised, would more complicate the Turkish-American relations as Ankara perceives YPG as a terror group and suffers from suicide bombings in the country can be tracked to Syrian territory held by the group.