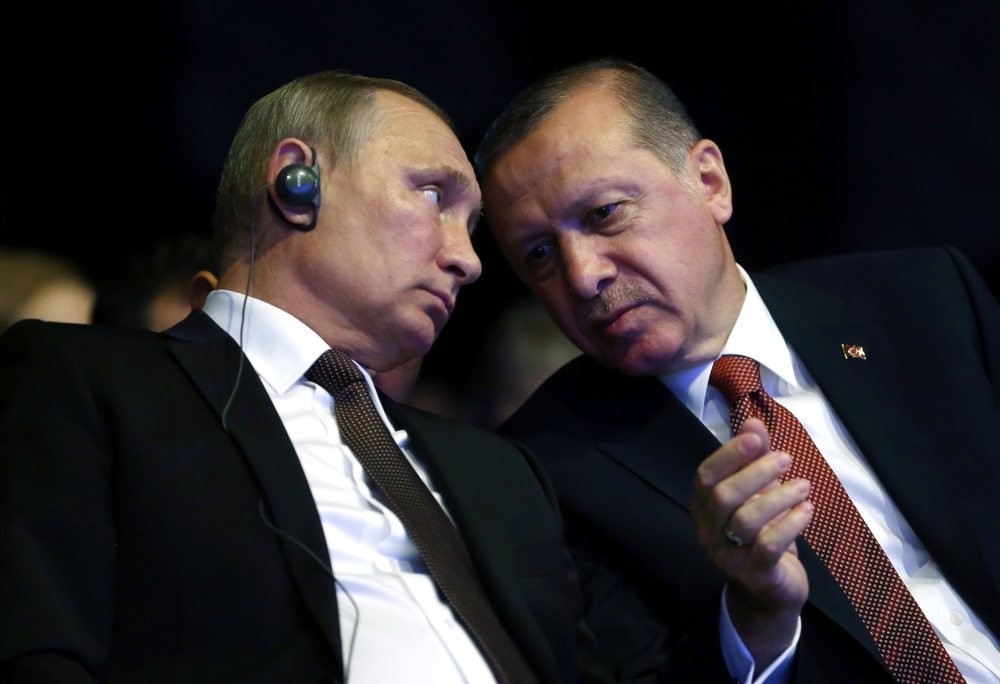 by Daily Sabah Jan 13, 2017 12:00 am
President Recep Tayyip Erdoğan and his Russian counterpart Vladimir Putin on yesterday discussed the ongoing Astana peace process between the moderate opposition and Bashar Assad's regime as well as bilateral ties in a phone call.

According to information obtained by the presidential office, the two leaders shared their views regarding a nationwide cease-fire in Syria and the Astana peace talks. President Erdoğan and Putin also talked about how the two countries could further better their relations.

The two leaders had agreed in mid-December on peace talks to be held between Syrian moderate opposition representatives and the Assad regime in Astana, Kazakhstan.

Prior to New Year's Eve, Turkey and Russia agreed on a plan for a nationwide cease-fire deal in Syria after the U.N. officially adopted a resolution that supported efforts by Russia and Turkey to end violence in Syria and jump-start peace negotiations.

Foreign Minister Mevlüt Çavuşoğlu said talks to end the Syrian conflict would begin on Jan. 23 in Astana. However, groups within the Syrian opposition said they froze the process leading to the Astana peace talks because of the Assad regime's ceaseless breaches to the cease-fire across the country.

"As these violations are continuing, the factions announce... the freezing of all discussion linked to the Astana negotiations," the opposition groups said in a joint statement, referring to the talks.

Ankara and the Kremlin are still trying to work out differences of opinion between the opposition and the regime.
RELATED TOPICS