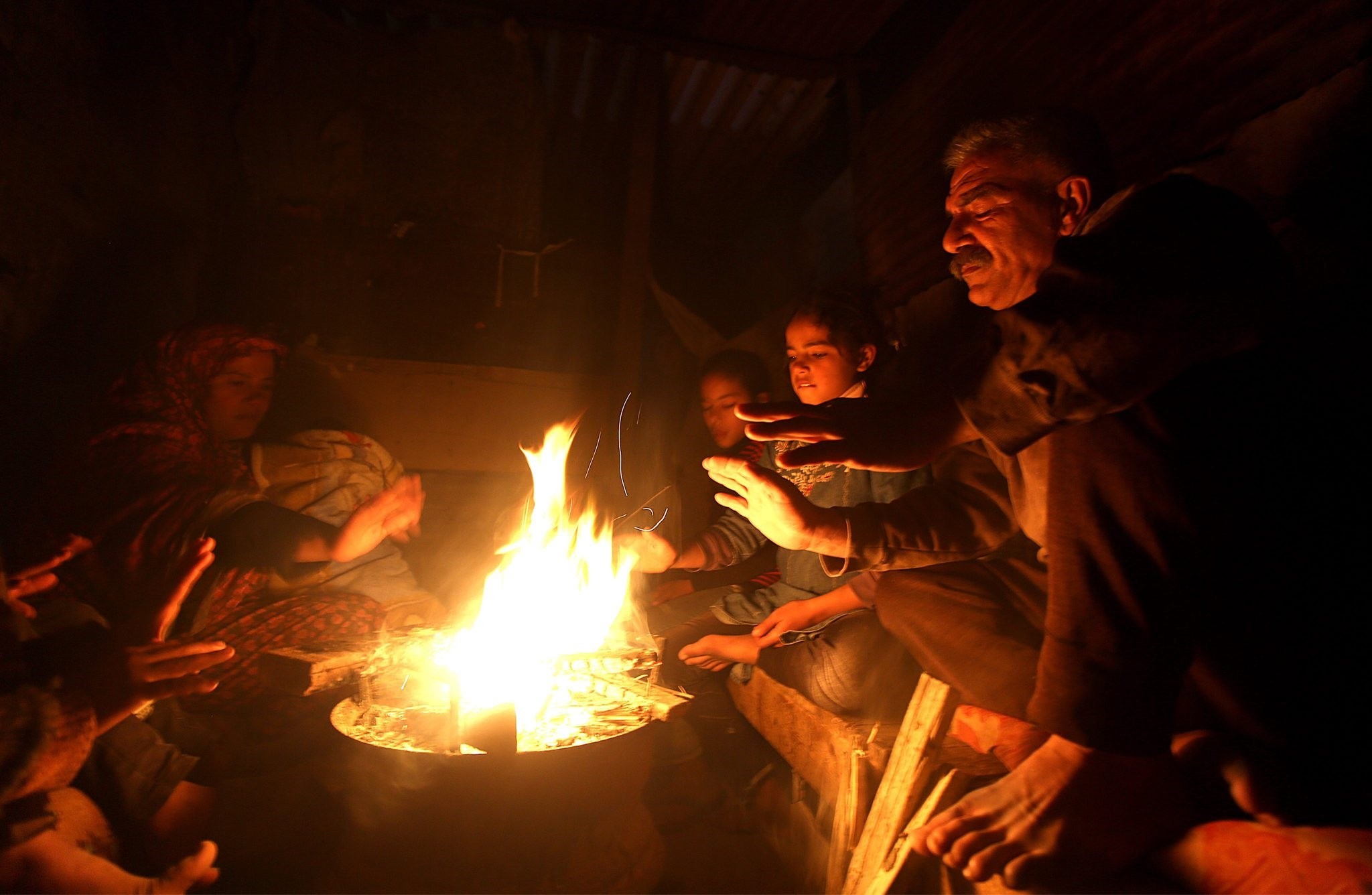 Palestinians warm up in front of a fire outside their makshift house during a power outage in Al Zaitun neighbourhood in the east of Gaza City, 11 January 2017. (EPA Photo)
by Daily Sabah Jan 15, 2017 12:00 am

Hamas leader Ismail Haniyeh said on Saturday that Turkey will send large amounts of diesel fuel to Gaza to help the Strip with crippling shortages of electricity.

The deputy chief of Hamas's political bureau said after "intensive contacts" with President Recep Tayyip Erdoğan, Turkey approved to send the emergency assistance, adding that he will meet Qatari Emir Sheikh Tamim bin Hamad Al-Thani in the upcoming days to discuss the problem.

A statement from the Energy Authority in Gaza said the amount of fuel Turkey has pledged to send to Gazan power plants is around 15 million liters.

Gaza continues to suffer from a severe energy crisis that has forced the local authorities to adopt a rotation system, cutting power in certain parts of the strip in order to supply electricity to other areas.

The two million residents of Gaza require around 450-500 megawatts of power per day but are receiving less than half of that. With cold winters, demand has spiked -- leading to the shortages.​

This is due to shortfalls in the amounts of electricity produced by Gaza's sole power plant, coupled with the fact that electricity supplied by Israel and Egypt is insufficient to meet the strip's energy demand.

Hamas blamed the recent tax rise by the Palestinian Authority (PA), the internationally recognized leadership which runs the West Bank, for the crisis. The PA imposes 90 per cent tax on all fuel types sold in the local market in Gaza and the West Bank.

Israel has maintained a blockade of the enclave for the past 10 years, limiting the entry of goods and crippling the economy.

In 2015, Gaza's sole power plant, which was badly damaged in a 2006 Israeli attack, was shut down for several weeks over unpaid taxes.

Part of the reason energy authorities have so little funding is unpaid bills.

Nearly 70 percent of households do not pay their electricity bills, either because of poverty or due to lack of collection, the UN estimates.