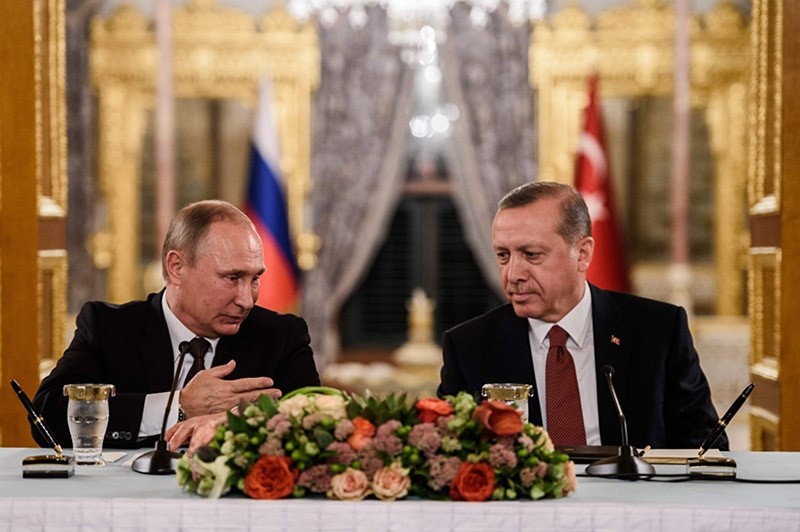 Some Russian experts believe the upcoming Syrian talks in the Kazakh capital of Astana would not exist if it were not for Turkey.

"The Syrian regime and armed opposition groups will meet directly for the first time in Astana," Boris Dolgov, a senior fellow at the Center for Arab and Islamic Studies at the Institute of Oriental Studies of the Russian Academy of Sciences told Anadolu Agency (AA) on Thursday.

Negotiations between the Assad regime and opposition negotiators regarding a political solution to the six-year civil war in Syria are due to begin on Jan. 23.

Following last month's Syria cease-fire deal, brokered by Turkey and Russia, the Astana meeting is part of ongoing efforts by the two countries to reach a political solution in war-torn Syria.

"This indicates serious progress and it could not have been achieved without Turkey," Dolgov said, adding that Turkey had strong knowledge of the "reasoning" behind the fighting between warring parties in Syria, indicating: "What they want and what concessions they can make."

"The talks in Astana will not be easy. However, we have seen similar crises successfully resolved in the past."

Elena Suponina, Middle East expert at the Moscow-based Russian Institute for Strategic Studies, said that "impressive" results were achieved in a short time following the agreement between Ankara and Moscow.

"Turkey is the only country that has enough influence on the armed opposition to draw them to the negotiation table," Suponina said, adding Astana would be a "long" process that required a lot of meetings.

Vyacheslav Matuzov, head of the Moscow-based Society of Friendship and Business Cooperation with Arab Countries, also highlighted the fact that this would be the first time the parties in Syria would be coming together "to stop the bloodshed."

"It is a difficult process. It needs not only the efforts of Turkey and Russia, but also Iran, the U.S. and other regional countries," said Matuzov.

He added that the "Aleppo example" showed that "significant" results could be achieved with Turkey's support.

Turkey has evacuated hundreds of trapped civilians from besieged eastern Aleppo and provided treatment for wounded civilians at Turkish hospitals.

Syria has been locked in a devastating civil war since early 2011, when the Assad regime cracked down on pro-democracy protests - erupting as part of the Arab Spring uprisings - with unexpected ferocity.