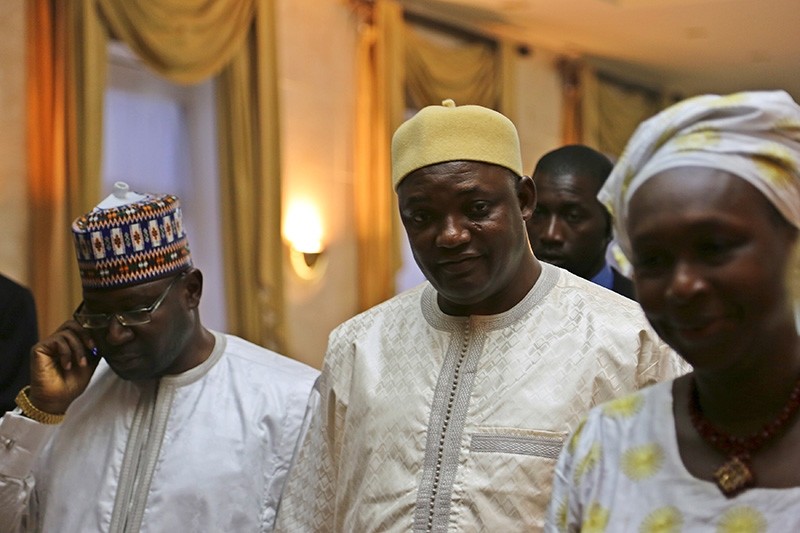 "We welcome the transfer of power to Adama Barrow, who was elected as President of The Gambia as a result of the elections held on 1st of December 2016," the Turkish Foreign Ministry said in a statement.

"We appreciate the prudent stance shown by the Gambian people during this period which helped to prevent instability in the country," the statement read.

Turkey also highlighted that the Economic Community of West African States (ECOWAS) has played an important role in the process when the country's former president Yahya Jammeh had refused to leave office after the election defeat.

"The efforts of the mediation committee which is composed of regional leaders and established upon the initiative of the ECOWAS aiming to ensure transfer of power has set another concrete example for 'finding African solutions for African problems,'" the statement added.

Yahya Jammeh agreed to step down early Saturday, as he said in a national broadcast that he believes no one has to die to solve the political crisis gripping the small West African nation.

Jammeh was defeated by opposition coalition leader Adama Barrow but rejected the results one week after the Dec. 1 vote, claiming the process was tainted with unacceptable irregularities.

Regional leaders made two unsuccessful visits to Gambia in attempts to convince Jammeh to cede power.

Barrow was inaugurated Thursday at the Gambian embassy in Dakar, Senegal, where forces mobilized by the Economic Community of West African States regional bloc prepared to oust Jammeh if he refused to step down.

Late Friday, the country's army and police chiefs asked 45,000 Gambians who had fled the turmoil to Senegal to return, according to the UN.